US-China Trade Relations In 2018: Prepare For The Worst 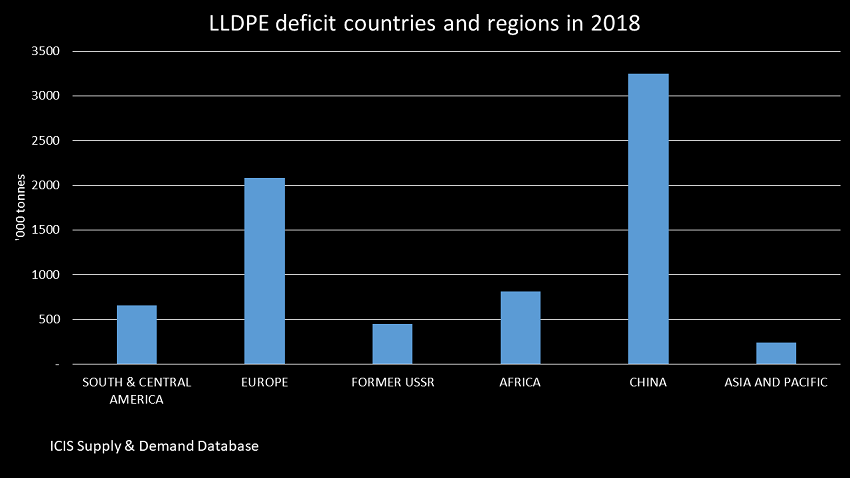 WE GOT away with it in 2017 by luck rather than design, as there is of course very little that petrochemicals and polymers companies can do to prevent a global trade war other than lobbying politicians.

Part of the reason for the lucky escape was the warmth of the Trump-Xi meeting in the US in April. And throughout the year, the White House calculation seemed to be that the US needed China onside as part of efforts to get North Korea to abandon, or probably more realistically pause, its nuclear-weapons programme. Trade issues seemed to as a result take a back seat.

There was also the US president’s high profile visit to Beijing in November, the very generous reception by his Chinese hosts, and the signing of $250 billion dollars of US-China trade deals. The strong Trump-Xi personal connection during the visit and the trade deals were widely seen by Chinese business and government officials as having stabilised the US-China trade relationship.

But in comments that have turned out to be very prescient, Scott Kennedy, deputy director of the Freeman Chair in China Studies, told the South China Morning Post in an article published immediately after the Beijing visit: We are on the cusp of a new American strategy which replaces dialogue and multilateralism with extended unilateral pressure.

Just a few weeks later his fears seem to have been confirmed with the publication of the latest US National Security Strategy which characterises China as an economic and geopolitical adversary. The document, which for the first time linked national security with economic issues, was viewed as a victory for trade protectionists in the White House.

Roll forward to last week and Alibaba saw its $1.2bn bid to buy MoneyGram, a US money transfer company, blocked by a US government committee because of national security concerns. This follows the same committee blocking a $1.3bn Chinese attempt to buy a US memory-chip maker.

Beijing was of course angry enough about the National Security Strategy. But the rhetoric was stepped up considerably on the blockage of the MoneyGram deal when the Chinese government, via state-owned wire service Xinhua, warned: China and the United States have met a bumpy start to 2018 as scepticism about Chinese investment and trade are clouding over Washington. The bonhomie that grew between China and the United States in Beijing in November, when the two signed hundreds of billions of dollars of deals, seems to be fading away as the US side is stuck in a zero-sum mentality.

Xinhua added that during the last 30 days of 2017, the US had launched an investigation into Chinese intellectual property and technology transfer, had self-initiated probes into Chinese-made aluminium products, and had rejected China’s market economy status at the World Trade Organisation.

Scenarios for this year

The global economic recovery is very fragile and could easily break down in 2018. This fragility, as I discussed last week, is the result of the coordinated withdrawal of Western central bank stimulus and anything between a moderate and severe slowdown in the Chinese economy.

Inflation pressures represent another threat. These are resulting from higher oil prices and China’s campaign to clean-up its environment that has driven-up the cost of China’s manufacturing exports.

For the reasons given above, we must also factor in the risk of a deterioration in the US-China trading relationship. This could take the form of anything from more hot rhetoric, but not further actions, and a full-scale trade war.

The chart at the beginning of this blog post is a reminder of the biggest direct implication of a major US-China trade dispute for the petrochemicals industry in 2018. Large additional volumes of additional polyethylene (PE) are scheduled to be exported as production at new US complexes is ramped-up.

The 2018 data for one grade of PE – linear low-density PE (and the same applies to the other grades) – show that if major disruptions to the global PE market are going to be avoided, China has to take a lot more US material. As you can, China will have the biggest deficits amongst all the regions and countries in deficit.

Let us think through what might happen if the US and China suffer a major trading fallout in 2018. New trade restrictions or even an outright ban by China on US PE imports? Possibly, yes, given that the latest trade data indicate that  China was only dependent on the US for 5% of its imports in 2017. This is despite imports surging to 10.9m tonnes in January-November 2017 from 9m tonnes during the same eleven months last year.

The reason for the low US market share – not much changed from 2016 – was that most the extra shipments were supplied by China’s fellow One Belt, One Road (OBOR) members. This is what I suspected would happen.

Even if imports expand at the same rate as they did in 2017, China might thus be able to source all of its requirements from countries other than the US. Five percent isn’t a big gap to close. But a strong scenario is that imports will not grow in 2018 at the same rate as they did last year, as some of increase was down to stock building – i.e. apparent rather than real demand. This would make it easier for China to restrict, or even entirely block, US exports.

Or of course the “War of Words” – which has been taking place on and off between the US and China since last January – remains only that. A lot of alarmist news print could be wasted on bleak prophesies that don’t come true. Perhaps, for example, the new National Security Strategy will sit in a White House drawer somewhere, unused.

But can you cannot afford to only plan for this best of possible outcomes, given the nature of today’s relationship between the US and China.