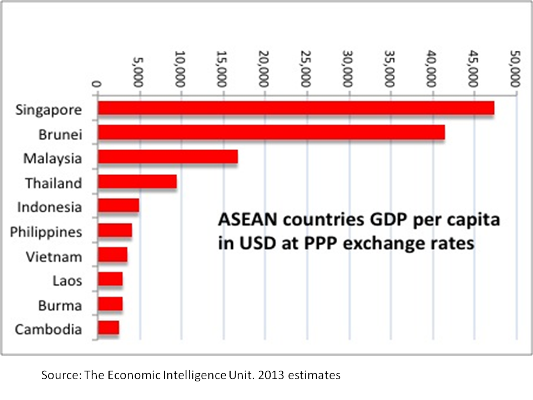 WHY sacrifice national or regional growth for the sake of freer global trade?

This is a question the blog has been asking itself since the breakthrough last week at the World Trade Organisation (WTO) talks in Bali. This follows our earlier thoughts on how regional trading blocs may become much more significant.

The so-called “Bali Package” involves  “a speed up customs procedures that will make make trade easier, faster and cheaper and provide clarity, efficiency and transparency, reduce bureaucracy and corruption, and use technological advances,” said the WTO, in a statement released after the meeting.

“It also has provisions on goods in transit, an issue particularly of interest to landlocked countries seeking to trade through ports in neighbouring countries.”

The initial response of some people in the chemicals industry has been very positive, as my colleague Nigel Davis writes, in another of his excellent Insight articles.

For example, there is talk about how the Bali Package could cut the annual tariff burden for the European chemicals industry by €2bn a year.

“Most of the world’s major chemical companies rely heavily on exports and global trade. Cefic makes the key point that about 80% of the chemicals produced are used in the chemical industry for further processing,” wrote Nigel.

But the blog’s recent trips to Southeast Asia have left it with the impression that some people in this particular region are deeply worried about the damage, rather than the benefits, of more open global borders. In the chemicals industry, these concerns are heavily focused on the potential for a flood of low-cost commodity petrochemicals imports from the US.

With all the focus on US capacity additions, they also add that the Middle East should not be overlooked, as the region will see the start-up of two new major cracker complexes over the next few years.

And then there is China. One of the feelings we picked up was that countries in Southeast Asia, such as Thailand, are building closer trading links with China in the knowledge that cooperation and partnership is the way forward. To compete with China would be impossible, given the massive scale of its state-of-the-art industries and low tariffs that have resulted from the ASEAN-China Free Trade Area.

Borders within ASEAN will become even more open in 2015, when the ASEAN Economic Community is launched.

This thinking is supported by an article in yesterday’s Financial Times.

“Trucks are due to thunder from Wednesday over a vast new crossing on the Mekong River connected to highways either side that opens up north Thailand as a way station for goods headed between China and the 10-strong ASEAN group of nations mainly to the south and east,” said the article.

“It is part of Bangkok’s broader regional ambition to become the dominant link for trade between China and ASEAN, where exports and imports surged more than six fold to $400bn last year, from $55bn in 2002, according to the Chinese data provider Wind Information.

“It is also meant to dovetail with the easing of regional trade barriers, as ASEAN heads for the creation of a planned economic community of more than 500m people by 2015.”

And so we think if that if the Bali deals is fully ratified, this will not necessarily mean more open global borders.

Stronger regional trading blocs – such as that which is being formed within ASEAN and with China – might want to protect their borders through increasingly taking advantage of antidumping and safeguard measures. This might especially be the case if the global economy falters, forcing the US to aggressively export more petrochemicals volumes than it had anticipated.

Practical enforcement of the Bali accord might also stumble.

It is one thing to import high-value speciality chemicals from the West that cannot be produced locally. The value proposition of accepting large imports of largely commodity polymers that could just easily be made locally is something entirely different.

From the perspective of a region such as Southeast Asia, which contains several developing countries, a strong motive for creating a fairly well protected regional trading bloc might be poverty alleviation.

The above chart illustrates the huge potential here for alleviating poverty, which would lead to much-greater consumer spending.

One means of achieving this is by having local integrated industrial chains from local hydrocarbon reserves, to refining-petrochemicals and on to finished-goods manufacturing.

The construction phase of new refining and petrochemicals plants creates a lot of direct jobs – and also indirect jobs via all the service providers.

New refining-petrochemical complexes would then become the heart of much wider ongoing economic development through all the downstream industries that would be guaranteed secure local supplies of raw materials – and all the restaurants and shops, etc, which would serve all of this manufacturing.

Plus, by developing local skills you are upgrading the capabilities of local people, far beyond just a few customs officials who can handle increased import flows. People with better qualifications and higher skill levels earn more money and, thus, spend more money – adding to the economic multiplier effect. Why outsource these skills to pipe fitters, welders and chemicals engineers in the US?

This seems to be some of the thinking behind several of the proposed petrochemicals investments in Southeast Asia that, on paper, seem to make less economic sense than importing from the US and the Middle East.

It is also the thinking behind efforts to improve infrastructure links, as we have described above.

PREVIOUS POST China: Building The Bear (Or Realistic?) Case For 2014
NEXT POST China and India: When Over-Investment Is A Good Thing