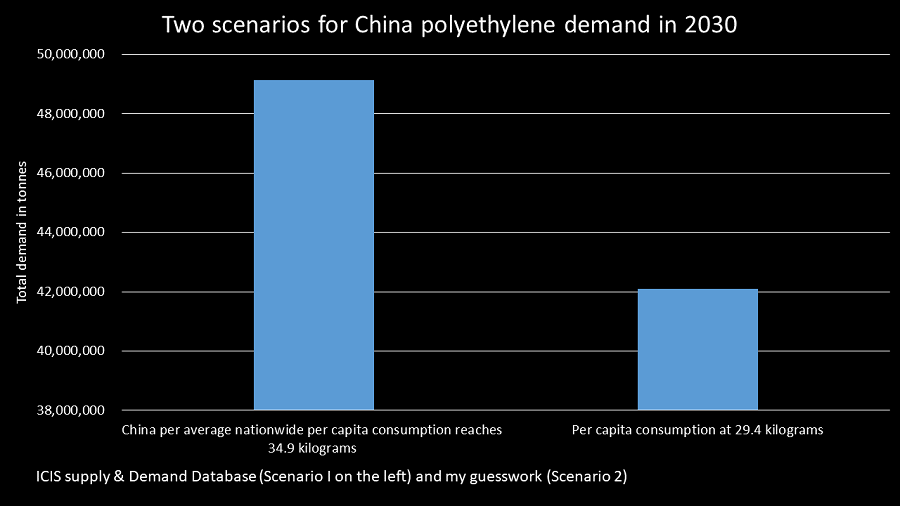 CONTINUED urbanisation in China, it is often said by petrochemicals and polymer company CEOs, guarantees further strong demand growth for their products.

But just because a statement is repeated on many occasions by very senior people during investor conference calls and at big public conferences doesn’t automatically make it true. This is the case with the idea that China’s continued urbanisation drive will lift tens of millions more people permanently out of poverty. There is a good argument to be made that China’s current approach to urbanisation will be counterproductive.

You can argue, very compellingly, that urbanisation has to date been fantastically successful for China. Think of the hundreds of millions of people who have already moved from the countryside to the coastal cities to feed China’s rise to become the manufacturing workshop of the world. These migrant workers have grown rich beyond the imaginations of previous generations. As Jim Yong Kim, president of the World Bank said last year, China’s achievement of lifting 800m people out of poverty since the 1990s was “one of the great stories in human history”.

The poorer western regions of China have benefited as money earned by migrant workers has flowed back home. Vast government spending on infrastructure in these poorer regions has also boosted income levels and so PE consumption. Gansu, which was the second poorest region in 2000 and the poorest in 2017, saw its per capita PE consumption rise from 1.5 kilograms to 10 kilograms – a 569% increase.

Has China’s approach to urbanisation now, though, reached its speed limit?

Lack of healthcare, education and pensions

In a January 2018 article in the Foreign Policy magazine, Eugene Chow wrote:

To help keep [migrant] numbers low in major cities, officials are encouraging, sometimes forcefully, rural residents to move to complexes on the outskirts of second- and third-tier cities such as Liaocheng, Zhengzhou, and Ankang, which often lack critical infrastructure.

He added that residents in these smaller cities had limited access to basic services such as health care and education because of a severe shortage of medical staff and teachers. This was the result of China’s bigger cities receiving better funding and better staff.

The law stipulates that everyone is entitled to the full range of social services. But as the same article also highlights, the reality on the ground is very different. Because of China’s rapidly ageing population, and so soaring healthcare and pensions costs, the system is very unequal with residents in richer cities getting a far better deal.

The prominent government research body, the Chinese Academy of Social Sciences, estimates it would cost $15 billion to provide a million new urban residents with services such as education and health care. The extra 70m people that the government wants to move to cities would cost an additional trillion dollars, more than one-third of all current government expenditures.

A February 2018 Bloomberg article warned that China’s next debt bomb could be its pension liabilities, a legacy of the One Child Policy that has caused an ageing of China’s population at too early a stage in the country’s economic development. The wire service wrote that China’s pension shortfall could reach 1.2 trillion yuan by 2019. As the gap between pension contributions and payments rises, this will make it ever-more difficult for the government to provide adequate retirement incomes.

There are other problems. Once older relocated rural residents arrive in cities, they often fail to find jobs. Even for younger people with more up-to-date employment skills, promises of jobs never materialise. The only work that many people can find is temporary government contracts.

There are also claims that local government officials are eager to accelerate urbanisation because of its popularity with the central government. Pushing urbanisation rates higher is seen as a way of winning promotion. Moving ever-more people to the cities is viewed as a way of absorbing China’s vast housing surplus. As Foreign Policy again writes:

The battle against air, water and soil pollution, which China simply has to win, raises further doubts about the boost to economic growth that can be achieved through additional urbanisation. As a July article in Borgen Magazine so aptly puts it, China can no longer rely on building coal factories and chemical plants to supply new employment in its poorer provinces because of the implications for pollution.

And what of this year’s moderate economic slowdown that could become something much worse if a full-blown US-China trade war develops? Where would the government then find the revenues necessary to lift more people out of poverty?

Let me now extrapolate and think through what this could mean for China’s future PE demand growth (see the above chart). My estimates are bound to be wrong, but at least they will give you an idea of the scale of the risk

This is all very negative, of course, and only gives one side of a very complex story. There could be as many positives as well as negatives if China successfully adapts its economic policies to suit its next phase of development. Perhaps, for example, a big new source of jobs for poorer Chinese might be in renewable energy. What about the opportunity China has to build a big, state-of-the-art local plastics recycling industry?

But the negativity at least serves this purpose: It gives you a way of challenging a CEO the next time she or he trots out the familiar phrase, “petrochemicals demand is going to continue to soar in China because of urbanisation”. In an ever more complex world, we need more complex and nuanced answers from the leaders of our industry.

PREVIOUS POST China's Latest Threat Of US Methanol Tariff Perfectly Targeted
NEXT POST China 25% Tariffs On US PE Imports Extended To All HDPE, Nearly All LLDPE