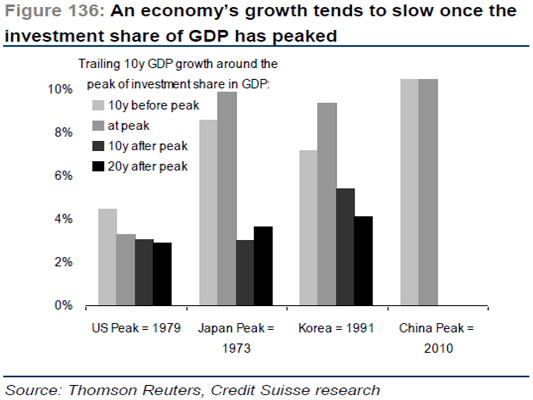 CHINA’S economy appears to have slowed down.

Evidence of the lost momentum was provided by manufacturing purchasing manufacturers’ indexes (PMIs) released last week and the release on Monday of service sector PMIs, which all showed lower growth in December. The HSBC service sector PMI was at its lowest level since August 2011.

And we are hearing reports from chemicals and polymer markets of a very quiet January.

Nobody should really be surprised at the slowdown.

A while ago it was clear government infrastructure spending – following the July mini-stimulus package – had peaked around October/November.

It was also evident, from a statement made by Xi Jinping in November, that China was at some point going to further rebalance its economy. The odds at that stage favoured action sooner rather than later.

This is, of course, very early days yet and the government may well decide to kick the can further down the road if growth dips too dramatically.

Plus, we might not get any real feel for the strength of the economy until after the Chinese New Year (CNY).

It could be,for instance, that the slowdown in chemicals markets in early January, compared with a better start to 2013, is mainly due to the fact most business ahead of the CNY has already been concluded. The CNY falls on 31 January this year as against 10 February in 2013.

But we are also picking up reports that some plastics converters in China are struggling to access credit as Beijing tackles its bad-debt crisis.

Still, though, this might be the turning point that we have been warning about since 2011.

Even if it isn’t, and growth quickly recovers, it is only question of when rather than whether China will be forced to deal with its economic imbalances.

George Soros, the famous investor, is with us when he said earlier this week: “China’s leadership was right to give precedence to economic growth over structural reforms [in 2008-2009, as the global financial crisis occurred], because structural reforms combined with fiscal austerity, push economies into a deflationary tailspin.

“But there is an unresolved contradiction in China’s current policies: restarting the furnaces also reignites debt growth, which cannot be sustained for much longer than a couple of years.”

The question then becomes: How severe will the “demand growth gap” be, which we first warned about in 2011?

Nobody has a clear answer and so this is the point where chemicals companies need to start crunching the numbers in a very different way – that’s if they haven’t started already.

“The export-led model which China has used over the past 30 years is running into a dead-end,” writes James Gruber, in this excellent Asia Confidential blog post, which is worth reading in detail.

“ What the new leadership is now trying to do is transition the economy towards more domestic consumption, so that it can perhaps make up for the drop-off in export growth.

“The history of transitions from export-led models doesn’t make for pretty reading. These transitions for Japan in 1973 and South Korea in 1991 led to sharp slowdowns in economic growth (see the chart above).”

But here’s a thing to worry about: When South Korea switched away from export-focused growth, the Babyboomers in the West were in the midst of their high spending years.

An essential piece of research is to therefore estimate the impact of the Western demographics drag on China’s growth rate.

This is complicated stuff, though. There remains the potential for “catch-up” growth in some parts of China that surprises on the upside.

“China is, in effect, 20 different economies. Whilst chemicals growth in the eastern and southern provinces might slow down, don’t be surprised if double digit growth continues in the less-developed provinces,” said a source with a global polyolefins producer.

“It would be unwise to bet against poverty alleviation as a driver of strong, long-term growth in China – and in Asia in general. This is an approach that has served our company well over the last 20 years.”

As we said this is complicated stuff. Gone are the days when you can just take the World Bank or IMF GDP growth estimates for China and fairly accurately plot future rates of chemicals demand growth.