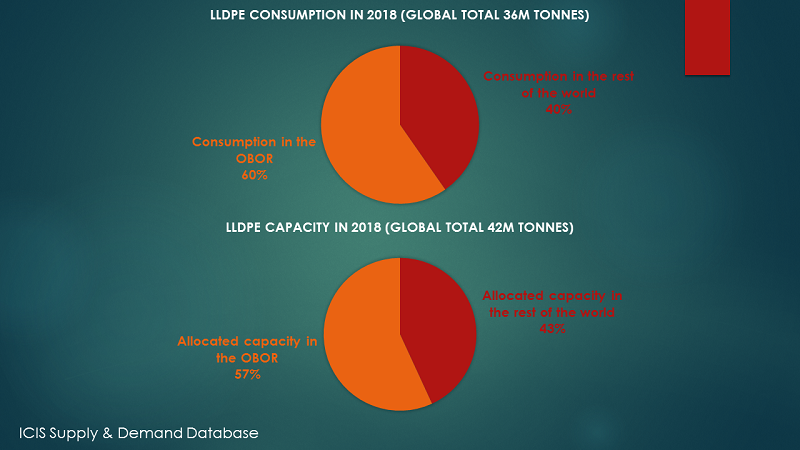 THE Trump administration is holding out against a capital increase for the World Bank unless the bank reforms the way that it lends money to China, according to the FT.

China is the World Bank’s biggest borrower. Scott Morris, a former US treasury official, views this as strategic, as it is enabling the World Bank – which is of course so much part of Western institutional infrastructure – to counterbalance the influence of the Asia Infrastructure Investment Bank (AIIB). The Beijing-run AIIB is a crucial part of China’s One Belt, One Road (OBOR) initiative.

Lending to emerging markets in general by the World Bank is also a means by which it can create goodwill between the West and the emerging world. This is very much in line with the post-Second World War Marshall Plan for Europe. The US government helped rebuild infrastructure across Europe, thus creating new major markets US manufactured goods.

There is a similar opportunity for the West today in emerging markets, as the World Bank writes in a 2016 report:

Emerging markets need twice the infrastructure investment they now receive. East Asia has the greatest needs, while Africa’s requirements are large in comparison to its economic size; power generation accounts for more than half of needed investment.

Emerging markets can absorb an estimated $2 trillion per year in infrastructure spending, about half of which currently goes unmet. And the gap will only grow, as infrastructure investment needs in emerging economies are expected to double annually over the next decade.

The US might also pull out of the NAFTA trade deal following several weeks of seemingly tense renegotiation discussions with Canada and Mexico.

Meanwhile, the US has either levied tariffs or is investigating whether to impose tariffs against imports of passenger jets, steel, aluminium and washing machines. An investigation is also underway into allegations of lack if intellectual property rights protection by China.

If the US dispute with the World Bank is not resolved this will give China the opportunity to strengthen its relationships with the emerging world. Its OBOR programme is already a Marshall Plan on steroids, China is attempts to create vast new markets for its manufactured goods and import the oil and gas and the safe food that it needs to maintain healthy economic growth.

And if the US does withdrawn from NAFTA and incrementally edges towards a major increase in protectionism through new tariffs – and perhaps even triggers a global trade war – much of the rest of the world may end up aligning itself more closely with China. If say Canada and Mexico lose access to US markets because of the end of NAFTA, they could opt to build closer trading relationships with China by signing-up to its OBOR programme.

None of this is again meant to be a comment on the rights or wrongs of US trade policy. An argument can be made that Donald’s Trump’s “America First” approach is right for the US and global economies. But because this approach is such a radical departure from US policy since the Second World War, nobody can be certain of the final outcomes. And because it is happening at a time when China is trying to realise very difficult reforms, the success of which relies on more rather than less free trade, this increases the uncertainty. So petrochemicals companies need to plan for a wide range of outcomes.

The above chart, from a presentation I will be giving later this month at the CEFIC Chemicals Convention in Vienna, follows on from the chart I ran earlier this month on ethylene glycol.

Here I detail LLDPE  (linear low-density polyethylene). Sixty percent of global consumption will be within the OBOR region in 2018 and 57% of allocated capacity from swing high density PE/LLDPE plants. You can thus imagine a situation where if trade relations with the US get a lot worse, China might do everything it can to:

None of this may happen, of course, because, as I said, any number of outcomes are possible. But you have to bear in mind that:

LLDPE is thus one product that seems especially vulnerable to a disruption in global trading relationships.

PREVIOUS POST India Creates 20,000 New Jobs A Month When It Needs One Million
NEXT POST Threat To US Polyethylene From President Trump's Iran Decision