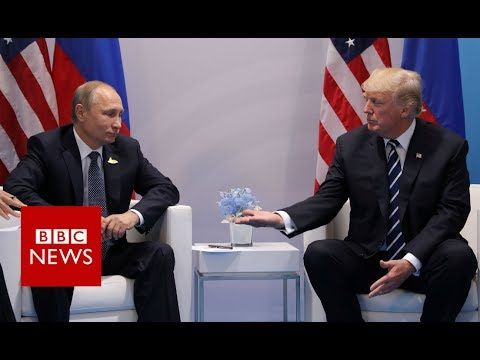 DESPITE all the criticism surrounding President Trump’s handling of the Helsinki summit, 79% of Republican voters said that they approved of how he handled his meeting with President Putin, according to Axios/SurveyMonkey.

The Wall Street Journal also reports that in 1992, 15 of the 20 most manufacturing intensive Congressional districts in America were represented by Democrats. Today, all 20 are held by Republicans.

This tells us that whatever your opinion of Donald Trump, and I am again not going to express an opinion, his political revolution isn’t going to go away.

There is therefore a good chance that the Republicans will retain control of the House and the Senate in the November mid-terms, giving the President a firm mandate to carry on with his America First approach. I think there is also a very good chance that President Trump will be re-elected as president in 2020.

Those who support the president argue that this will be good for the American economy. And they contend that what is good for the US has to be good for the rest of the world as the US economy remains critical to global growth.

Those with a sanguine view of the future also say that we shouldn’t take everything that is said in public on trade and geopolitics at face value. They believe that behind-the-scenes negotiations will produce win-win deals for the US, the EU, Canada, Mexico and China etc.

“China needs the US as much as the US needs China. This means that sensible deals will be reached despite all the rhetoric,” a senior executive with a global polyolefins producer told me the other week.

But this cannot be your only scenario. Every petrochemicals and polymers company must prepare for another outcome because what President Trump is attempting is so radically different. Whenever radical chance occurs, the risks of things going wrong are significant.

The five stages of grief

The work of Elisabeth Kübler-Ross may again be instructive here. She broke down the process of coming to terms with bereavement into five stages – denial, anger, bargaining, depression and acceptance. These five stages have been successfully applied to the business world on many occasions.

This New York Times article suggests that the world outside the US has reached the acceptance stage, which involves recognising that the US isn’t going to change course. New trading and geopolitical relationships are thus being built that exclude America.

Last week’s EU-China summit was an example highlighted by the NYT, underlining the direction of travel that I have been forecasting ever since President Trump was elected.

The same summit in 2017 didn’t even result in a joint communique because of the EU’s refusal to grant China “market economy” status under World Trade Organisation rules.

But this year, the newspaper writes that a communique was agreed and “mentioned the need for Chinese transparency and open markets, and the Europeans acknowledged the value of China’s global infrastructure project, the Belt and Road Initiative [BRI], without exactly endorsing it. The statement listed numerous infrastructure projects on which the two sides could cooperate”.

The concession on the BRI was a big deal because only in April, 27 EU ambassadors signed a letter refusing to support the BRI because of its lack of transparency.

Last week at also saw the EU and Japan sign what Donald Tusk, president of the European Council, said was the “largest bilateral trade deal ever”. The deal covers a third of the global economy, affecting about 600m people.

One scenario for petrochemicals

A great example of the scale of opportunities in China was the MOU signed earlier this month by BASF for a $10bn investment in Guangdong province. The German chemicals giant plans to create another “Verbund” site. As my colleague Nigel Davis writes:

“The future at this complex will be based very much on ‘smart manufacturing’. You can expect BASF to apply the latest industry 4.0 thinking as it maps out integration from the lab bench through its logistics chain to the customer in its most modern array of production facilities.

“Those will follow the usual blueprint with a 1m tonne/year cracker at their heart.”

A sign of the closer relationship between Germany and China was that BASF, Siemens, BMW and SAP all signed deals for new investments in China during an early July meeting between Xi Jinping and Angela Merkel.