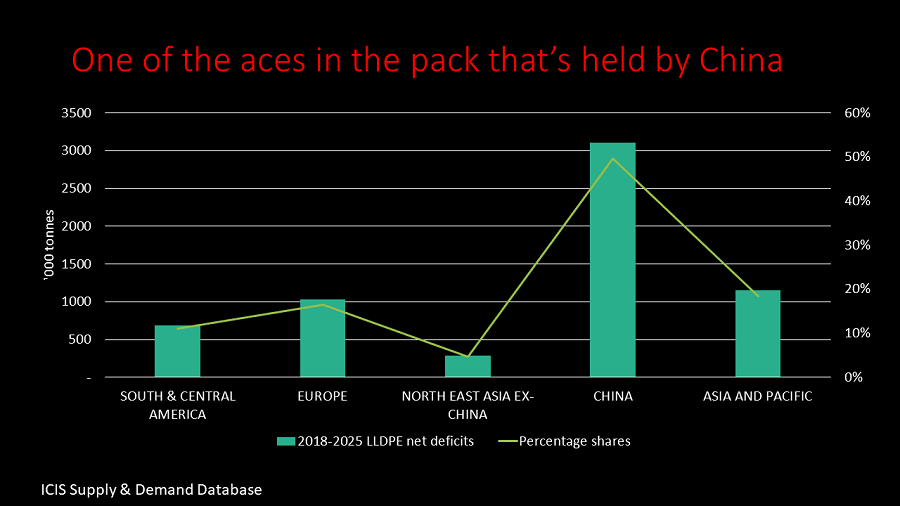 THE BREAKOUT of formal trade hostilities between China and the US, after more than a year of a “war of words” between the two countries, has occurred shortly after the EU responded to the US aluminium and steel tariffs with tariffs of its own against US goods. The much-feared tit-for-tat exchange of import tariffs that defines a global trade war has begun.

Scenario 1 – the US backs down

It could still all blow over of course. China seems to be in a strong economic position to hold its ground whilst the US appears to be in a weaker position and so may have to back down.

The White House has to worry about the mid-term elections in November and the realistic possibility that the Republicans will lose control of the House of Representatives. China has of course no elections to be concerned about.

Whilst China exports $2 trillion of goods a year, only $400-500bn go to the US. On a “value-added” basis only two-thirds of this $400-500bn is genuinely made in China, with the rest comprising the kind of low value manufacturing that China wants to exit from as it tries to escape its middle-income trap.

China can also raise its exports to fellow Belt and Road Initiative (BRI) country members in compensation for the loss of US markets. The BRI, which has become an excellent hedge against the rise of US protectionism, includes some 70 countries and around 40% of global GDP.

Bloomberg writes: China’s arsenal of retaliatory measures is formidable, and it could inflict heavy punishment on $200bn of investment by American companies in China.

The $50bn of tariffs that China plans to impose on US imports are very intelligently targeted as they strike at the core of Donald Trump’s electoral base.

The rural mid-west was vital to his 2016 election win and the first tranche of the China tariffs – $34bn worth that will be imposed by 6 July – includes soybeans. Half of total US soybean exports go to  China.

The US Gulf Coast region is both a source of vital economic growth for the US and a region which strongly supports the president. This makes aiming tariffs US energy and petrochemicals very smart indeed. Energy and petchems are part of a second $16bn worth of tariffs that are due to be introduced at a date to be fixed.

Tariffs on LDPE, LLDPE and MDPE (medium-density PE)  will be particularly painful as the US is engaged in a huge wave of capacity increases in these particular polymers.

In the case just of LLDPE, as the above chart from our excellent ICIS Supply & Demand Database indicates, 50% of total global net deficits will be accounted for by China between 2018-2025. In tonnes, this will amount to 3.1m tonnes. Asia & Pacific, which includes India and Southeast Asia, is in second place with an 18% share and 1.2m tonnes of deficits with Europe in third at 16% and 1m tonnes.

China has many other options from which to source its LDPE, LLDPE  and MDPE imports, including its very close trading partners in the Middle East that are part of its BRI initiative.

But the US to be able to to export to China because China is the only market big enough to comfortably absorb its surpluses. The planned 25% import tariffs on LDPE, LLDPE and MDPE would make it commercially unviable for the US to export most grades of the polymers to China.

The US could flood other markets with their exports, including Europe, the second-biggest global deficit region. The extremely acrimonious nature of the US-EU trading relationship might, however, lead to EU antidumping and safeguard duties against US PE.

The US is also in danger of a long-term fall out with Canada and Mexico over trade. Canada, Mexico and China together account for around 50% of allUS PE exports

US petrochemicals manufacturers could, as a result, successfully lobby the White House for a change in direction.  And as the mid-terms approach with the electoral damage increasing because of harm done to the US economy, the White House could have a political reason to back down from its trade dispute with China.

The White House might also seek to patch-up trading relationships with its other major trading partners after discovering that the tactic of imposing tariffs to improve US access to export markets hasn’t worked.

As Claude Barfield, a trade expert at the American Enterprise Institute argues in the FT: I think they are just going to test [the world] until they get a blowback to their economic theory that we are just economically powerful that other countries are going to bow to us.

But even if Scenario 1 proves to be right, the economic damage could still be enough to cause a global recession

As the New York Times reports, fears of a global trade war have already led to no expansion in global airfreight traffic during Q1 2018. This was the first time there had been expansion in two years.

Container shipping freight movements have seen no growth since last autumn, with a recent gauge of world trade in general showing its weakest performance since early 2017.

Last week, Germany’s central bank cut its 2018 growth forecast by half a percentage point to 2% because of the “marked negative impact on Germany” of escalating global trade disputes.

This has occurred against a background of higher oil prices, which are are partly the result of actions taken by President Trump. His withdrawal from the Iran nuclear deal and his re-imposition of sanctions against Iran have helped to drive crude prices higher.

Oil prices now represent 3.1% of global GDP, based on latest IMF data and 2018 forecasts. This level has been linked with a US recession on almost every occasion since 1970. The only exception was post-2009 when China and the Western central banks ramped up stimulus.

But China is now withdrawing stimulus as its decline in bank lending so far this year clearly indicates. The US Federal Reserve, wrongly convinced that all is right with the US economy, is cutting back on its quantitative easing programme and is raising interest rates.

It might thus be already too late to avoid a global recession, even if President Trump changes course. What happens if he doesn’t change course?

In my opinion, this second scenario is more likely. Here are three of my reasons why:

Still unconvinced? Remember the clarity of his inauguration speech, in such sharp contrast with the consensus on free trade that every other Republican and Democratic government has held since the Second World War:

We assembled here today are issuing a new decree to be heard in every city in every foreign capital and in every hall of power. From this day forward, a new vision will govern our land. From this day forward, it’s going to be only America first, America first. Every decision on trade, on taxes, on immigration, on foreign affairs will be made to benefit American workers and American families

I must stress again that none of this is meant as a criticism or otherwise of President Trump’s approach. But there can be no doubt, whatever side of the political fence you sit on, that what the president is attempting is radically different. With extreme change always comes great risk.

The risk is that at least over the next 1-2 years the president’s unwavering approach triggers a full-scale global trade war and a breakdown of petrochemicals trade. No longer  may it be possible to move petrochemicals and polymers freely across borders.

Meanwhile, global competition seems set to intensify between the US and China, with China pushing hard to align itself more closely with the EU and other trading partners that have also fallen out with the US.

Who would win in such a set of circumstances over the next 5-10 years? In my opinion, China.