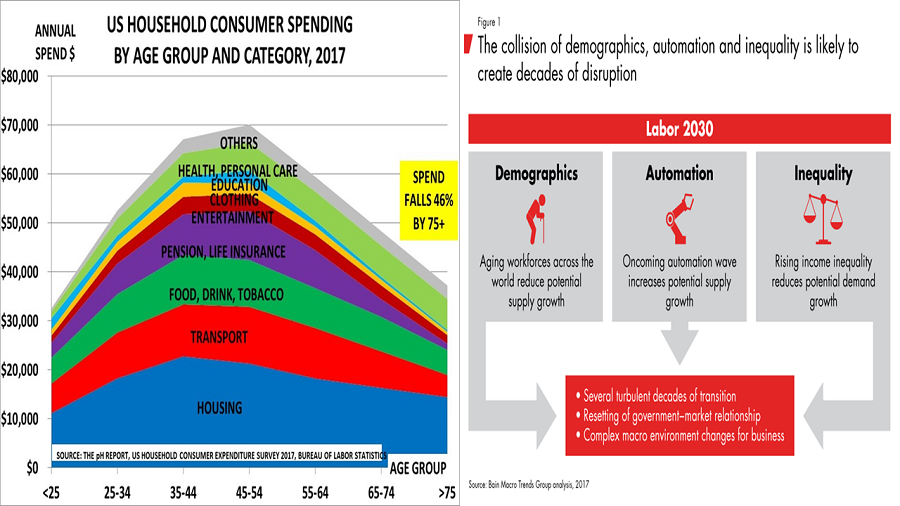 WHEN Donald Trump held election rallies during 2016, the amount of anger directed at mainstream Democratic Party candidate Hillary Clinton was, as everyone knows, intense. She represented the kind of mainstream politician that many of those who voted for President Trump blamed for stagnating middle class income levels and the loss of traditional manufacturing jobs.

But when Bernie Sanders’ name was mentioned, crowds at the Trump rallies tended to go quiet as they recognised that Sanders, like Trump, was also an iconoclast, willing to challenge the status quo way of running Washington.

The free traders and economic globalists with a complacent mind set argue that when the 2020 presidential election rolls around, business as usual will resume. They assume that President Trump will lose and the successful Democrat will be a mainstreamer. This is the same group of people who mistakenly believe there is little chance of a global trade war.

I instead think there is a very good chance that the president will win again or the successful Democrat will be another populist with an anti-free trade approach.

Meanwhile, Brexit has of course happened. This was largely the result of a disaffected majority voting for Brexit in response to the austerity politics post the Global Financial Crisis and decades of economic decline in regions outside the southeast of England.

The left-wing Labour Party leader Jeremy Corbyn, who is also sceptical about the benefits of open global markets, still has a good chance of being Britain’s next prime minister. Either that or the Conservatives win with a new “hard Brexit” anti-EU prime minister.

Populist politicians have been in power in Hungary and Poland for several years, last week saw the formation of a populist government in Italy and yesterday, an anti-immigration populist party was reported to have won the Slovenian parliamentary elections.

The rise in populism, in my view, has been driven by ageing populations and automation. Populations will age to a far greater degree over the next 10-20 years, with the pace of automation set to accelerate.

This creates that strong possibility that more governments will be run by populists who distrust open markets.

The drag on economic growth being caused by the retirement of the Babyboomers, along with the loss of traditional manufacturing jobs to automation and outsourcing, helps explain a US Federal Reserve study finding that the 90% of US families at the bottom the economic pile made less than half of the country’s wealth in 2016. This was down from 62% in 1992. Hence, one of the reasons why President Trump won.

But we haven’t seen anything yet because one in five of the world’s population will be in the lower-spending and lower-income New Old 55+ age group within the next 12 years.  There was only one in 10 in this group just 18 years ago, in 2000.

As a reminder, the New Old 55+ age group spend less than the Wealth Creator 25-54 demographic cohort because the New Old have a.) Already bought most of what they need, and b.) Are living on pensions and so have reduced incomes.

The chart on the left at the beginning of this blog post, from US Bureau of Labor data and analysis by the PH Report, confirms this. Just focusing on the US, it shows that in 2017, spending in every major category fell as people grew older.

This throws into question the vast sums of money spent by the US Fed on economic stimulus since 2008. This spending has done nothing to reverse the decline in spending by the rising number of Americans close or past retirement age, whilst creating huge new debt obligations.

Meanwhile, as long-term economic growth potential declines in the US because of an ageing population, too much manufacturing supply is chasing too little domestic demand. This helps to explain the loss of traditional manufacturing jobs and the rise of income inequality – along with, as I said, automation and outsourcing,

A February 208 Bain & Co report – Labour 2030: The Collision of Demographics, Automation and Inequality – underlines the arguments that Paul Hodges and I have been making since the publication of our 2011 book, Boom, Gloom & The New Normal.

Bain concludes that the majority of the world’s workforce is ageing rapidly, and that “a major demographic shift is bringing an end to the abundance of labour that has fuelled economic growth since the 1970s. Thanks to longer and healthier lives, many people are working well into their 60s and beyond, but the trend toward later retirement is not likely to offset the negative effects of ageing populations”.

As populations worldwide age, the supply of working age labour will obviously decline. Automation seems the perfect solution. But more efficient production processes will increase productivity and the supply of manufactured goods, as the demand for goods declines because of ageing populations. This is neatly summarised by the Bain graphic on the right at the beginning of this post.

Bain warns that the benefits of automation will likely flow to around 20% of workers—mainly highly compensated, highly skilled workers, along with the owners of capital.

“The two largest economies in the world—the US and China—have levels of income inequality at or near their historic peaks. Automation will likely further raise inequality,” warns Bain.

There is a benign outcome where automation rolls out very slowly, giving workers time to retrain. But Bain says that this would not be in line with the increase pace of technological development over the last 50 years. This would not be line with the voracious research for return on capital in the West and China’s drive to escape its middle-income trap.

What this means for the petchems industry

Petrochemical companies must build scenarios based on a more fragmented world with higher trade barriers. This could entirely undermine the notion that feedstock advantage rather than location is the main route to success.

Up until now, companies have been able to build their plants just about anywhere in the world in the secure knowledge that they will have easy access to overseas markets, with economic success mainly resting on access to cheap raw materials.

As countries and regions become protected by higher trade barriers, trade deficits will in my view start to disappear. For example, in the case of Europe, it may become self-sufficient in polyethylene (PE) and polypropylene (PP) through the growth in recycling and small, incremental additions to conventional PE and PP capacity.

The most important deficit region in the world, which is China, could also become self-sufficient through much greater local conventional capacity and increased recycling. Or China may choose both these options along with increased imports from other countries within its huge Belt and Road Initiative (BRI). This would leave any country outside the BRI unable to export to China.