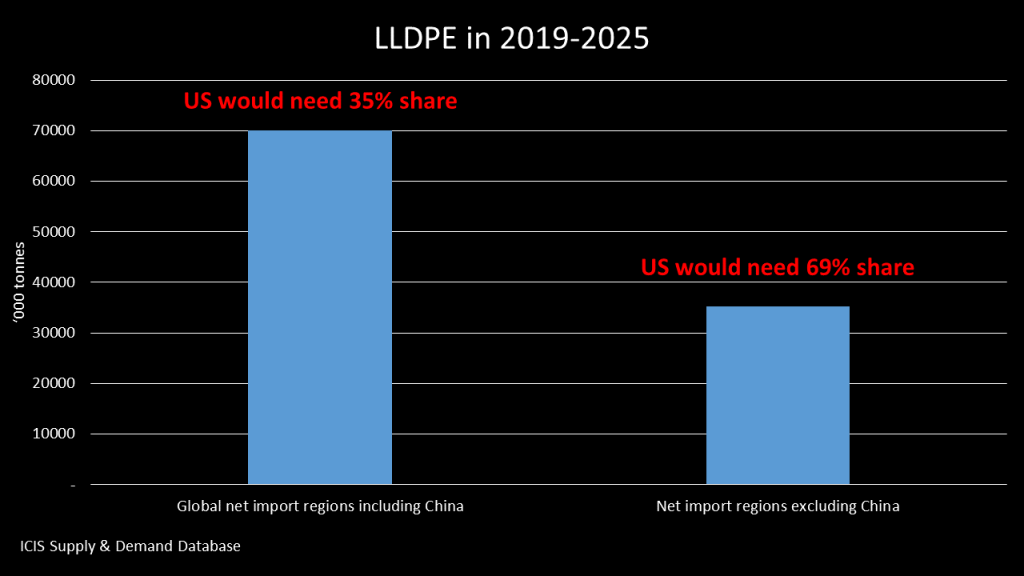 JUST when nearly of all us (including me) thought that a trade deal was about to happen, US Trade Representative Robert Lighthizer has thrown quite a large spanner in the works.

“I can’t predict success at this point, but we’re working hard and we have made real progress,” he told a Senate Finance Committee earlier this week.

Even if a deal does happen, Lighthizer declined to say whether or not existing trade war tariffs will be removed, according to Bloomberg.

The tariffs could stay in place as a means of ensuring that China sticks to the terms of any deal, seems to be the implication of what he said.

The US may also insist on the right to increase tariffs if it decided that China was in breach of a deal, Bloomberg also reported.

Here is a cause for further concern: The US wants the right to impose new tariffs if it unilaterally decides China is not in compliance, but wants China to guarantee that it wouldn’t reciprocate, according to the Wall Street Journal.

This doesn’t seem like grounds for a solid deal or even a deal at all.

President Trump is also quoted in the same WSJ article as saying he is in no rush to conclude talks and is willing to walk away from a deal.

Bad news for US petchems

I had thought, until a few days ago, that China would agree to buy larger volumes of US energy and agricultural products as part of a deal with the US.

The energy purchases would have mainly involved oil and liquefied natural gas (LNG) as these are a far bigger revenue deal than petrochemicals. But why not throw a few million tonnes of polyethylene (PE) and ethylene glycols into the package?

This would give US petrochemical companies preferential access to a market they must sell more to if they are to make their new investments work.

Perhaps now, though, even if a deal does happen, US petrochemicals will be left out in the cold. If the US insists on maintaining existing trade war tariffs on China why shouldn’t China maintain its tariffs on the US?

Chinese tariffs include the 25% duties imposed from last August on all US grades of high-density PE, all glycols (mono, tri and di-ethylene glycols)  and 93% of the grades of linear-low density.

The above chart is a reminder of what is at stake for the US in 2019-2025, assuming the tariffs meant that it was unable to export very little LLDPE to China.

And the chart below tells us the impact on the US glycols industry if exports to China more or less stopped. (most of this comprises mono-ethylene glycol to supply China’s vast polyester textile and garments value chain). 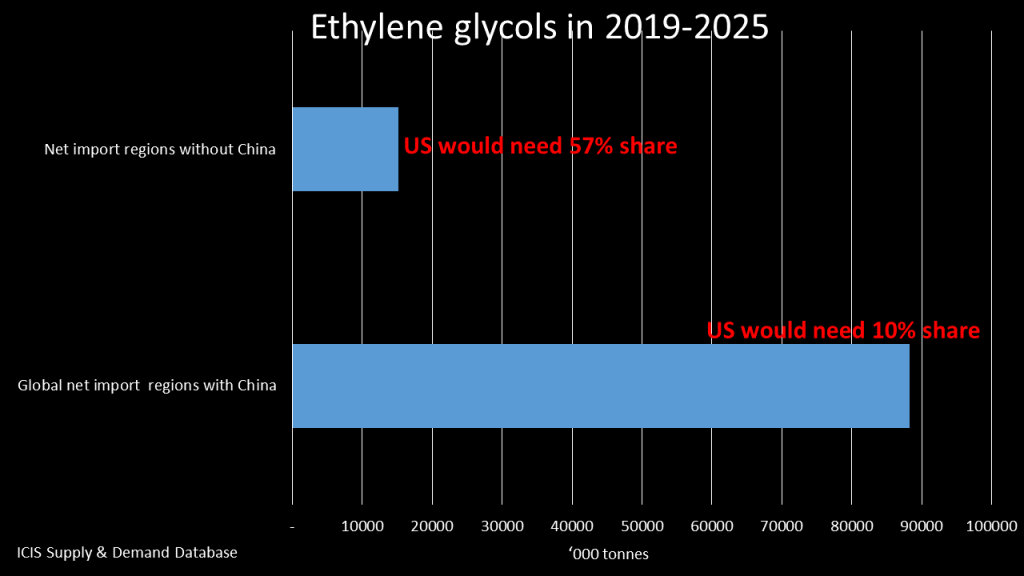 The charts are based on our estimates of US net exports and the regions and countries that will be net importers.

The charts do not include the imports of countries and regions that are net overall exporters. But they do point to the lopsided China-centric world in which we live, and why, minus China, no heavily export-based world-scale petrochemicals complex can possibly hope to prosper.

If the US were unable to ship to China then smaller net import markets such as Europe, India and South Asia and Southeast Asia would be flooded.

This seems the most likely outcome as US plants would still run hard. Upstream natural gas producers would still need to get rid of unwanted ethane. As with LNG, supplying natural gas to local customers is a much bigger revenue game than petrochemicals.

This would lead to a petrochemicals price war and European and SEA producers might end up successfully petitioning for their own trade barriers.

Or US producers may simply bite the bullet and pay the 25% tariffs. This would still be OK on a variable cost basis, but returns on investments in the new cracker complexes would disappoint investors.

A trade deal could still be done and the tariffs on US petrochemicals removed. But the last few days have at the very least further underlined one new certainty: Success or failure in this business is more heavily driven by geopolitics than feedstock advantage.