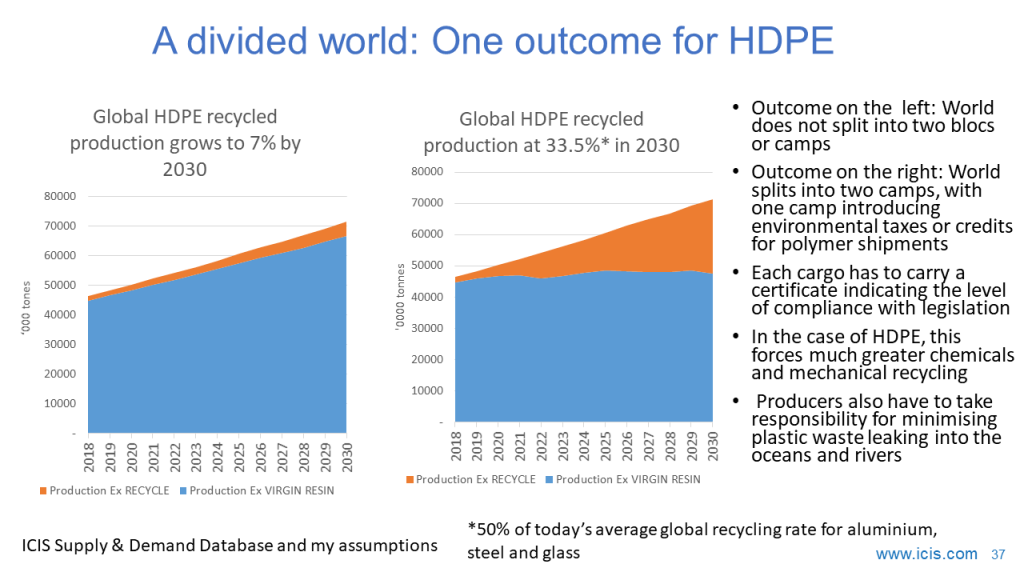 THE WORLD is becoming a much more complex and fragmented place as the consensus about the benefits of open markets and the largely unrestricted movement of labour is challenged.

There also seems to be a split between those individuals and governments that agree with the science supporting human-made climate change versus those who doubt, or even reject, the science.

Those who accept that human activity is behind changing sea levels and weather patterns also seem to be more likely to support new and stringent legislation that attempts to deal with pollution, such as the plastic waste crisis. Let me call this group Camp 1. In Camp 1 also appear to be those less concerned about the negative impact of immigration and in favour very open global markets.

Camp 2 is more sceptical about the scientists that blame people for changes in the climate. And whilst they worry about the environment, their bigger priority can sometimes be protecting and creating new jobs in traditional industries. For this reason they are also more likely to favour new controls over immigration and higher trade barriers.

Why do  I think this division has happened? That’s not the theme here but will be discussed in later posts.

It will obviously not be as binary as this – a straightforward case of everyone and every country fitting into Camp 1 and Camp 2. There will be many individuals and countries that end up in various positions between these two camps. The world is never as black and white as I’ve just depicted.

This just a personal view of how the world might divide that is aimed at helping chemicals companies plan for the future. This is my objective, but apologies if any of this causes offence.

There are other interpretations possible of the split I’ve just outlined above. But I think we can all agree is that the world is, as I said at the beginning, becoming more complex and fragmented. Planning for this world is essential, regardless of our personal views.

It seems probable to me – at least for now following the results of last month’s European Elections – that most of Western Europe is leaning more towards Camp 1. The success of liberals and environmental parties, such as Germany’s Green Party, suggests this.  Some of Eastern Europe appears to be more inclined towards Camp 2 as of course is the United States.

Where does this leave Asia, Africa, Central and Latin America and the Middle East? China might pursue a very pragmatic course, picking sides selectively based on its economic interests. It has to put its economy first as it attempts to compensate for potentially ruinous demographics.

Unless China can trade openly with much of the rest of the world through exporting its wares, outsourcing its low value manufacturing, obtaining the technologies it needs to escape its middle-income trap and obtaining sufficient imports of oil and gas and safe food, it will be in big trouble.

Pragmatism might have to be its approach if Camp 2 gains enough influence. But what if Camp 1 were to emerge as the dominant force? It would then serve China best to work most closely with this group of countries.

From an environmental perspective, Camp 1 is in China’s best interests as it faces chronic air, water and soil pollution. Pollution is as big a challenge as its ageing population. A more sustainable approach would serve China’s interests extremely well, regardless of whether Camp 1 or 2 wins.

New green industries, such as electric vehicles, will also play a major role in moving China up the manufacturing and services value chains – vital if it is going to escape its middle-income trap.

How the rest of Asia, Africa and Central and Latin America and the Middle East will be divided will again be determined by very complex and highly uncertain trade-offs.

In the under-developed countries there will perhaps be a desire to postpone dealing with environmental stress for the sake of catch-up economic growth. There may also be a greater temptation to protect local markets for the sake of local jobs.

I see it more likely that China will align with Camp 1 because of its environmental pressures and because a critical mass of big economies will end up in Camp 1.  The US and China are engaged in trade, technological and Cold wars. As the US seems to be more inclined towards Camp 2 this gives China a third reason to pick Camp 1.

I see a big coalition of major economies in Camp 1 and a big, if not equal, weight of economies joining Camp 2. We can debate endlessly about which country will end up where but that’s leave this for now and assume a more or less even split.

Let’s next think about what this would mean for polymers trade:

I think an environmental credit system for trading polymers would be good if it can be made to work. Laggard producers would be incentivised to up their game with the leaders able to sell credits in secondary markets. These secondary markets would be a great new source of wealth and jobs.

Whatever gets the job done, though, whatever system works. I believe we simply have to deal with the global plastics rubbish crisis before it creates runaway environmental damage we cannot control. A UN committee recently concluded that 44% of seabirds face extinction because of plastics rubbish.

The chart at the beginning of this blog post, using high-density polyethylene as an example, illustrates what this could mean for how the polymer is produced. Out base case assumes just 7% of global production will come from recycled materials by 2030.

But let’s assume, for argument’s sake, production based on recyclate at 33.5% – admittedly, total guesswork on my part, but closer to the global rates at which aluminium, glass and steel are recycled. This could be outcome of the new trading system I’ve just outlined. Just look at the two orange shaded areas and consider the implications for your business.

Back to my main theme of these two emerging camps. It’s disturbing, it’s worrying, but I see this as the world in which we will soon be living. Painful as it is, I believe we have to face up to these realities and build new business strategies for the chemicals industry.

By John Richardson SURE, there are tremendous opportunities for petrochemicals a...

By John Richardson WE ALL know, or at least we all should know, just how importa...