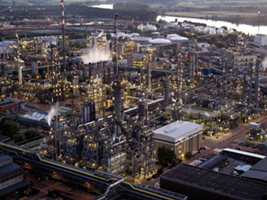 THE battle to save the European chemicals industry from widespread plant closures  is wider than just at the Grangemouth complex in Scotland, the UK

VCNI didn’t use the argument about the wider economic damage that might be caused by plant closures in the Netherlands.

But the blog wouldn’t be surprised if this becomes a concern for Dutch politicians, assuming that it isn’t already a concern. It was certainly a major issue for Scottish politicians during the struggle to save Grangemouth.

Ford’s decision to close an auto plant in the city of Genk in Belgium underlines our point about how the economics of manufacturing are never “standalone”.

Whilst 4,300 direct jobs will be lost when Ford ceases production at the end of 2014, a total of 10,000 direct and indirect jobs will disappear, says the New York Times in this article. This bigger number includes all the auto-parts suppliers, service providers, restaurants and shops etc that depend on the factory in Genk for their livelihood.

It was obviously, therefore, an incredibly hard decision for Ford – and also an expensive one: It cost the company $750 million to reach settlements with around 4,000 blue-collar workers in Genk – $190,000 per worker. This compares with $374 million in 2009 to cover severance costs for 2,400 workers in the US, or about $155,000 for each employee. The difference is down to stronger European labour laws.

Add to this the environmental cost of cleaning up sites – and penalties that could be incurred for breaking contractual obligations to supply products – and we think that is far from a done deal that European chemicals plant in general will close down in the numbers that some people expect.

Feedstock competitiveness can also rapidly change. Naphtha cracking, for instance, could  make a comeback. We might, as a result, see the US ethane-based feedstock advantage eroded.

Even if we are wrong about naphtha, a greater willingness to accept shale gas exploration in Europe could instead do the trick. The longer that unemployment stays at record highs in Europe, the more likely it might be that people will sacrifice their environmental concerns for job creation.

Thus we think it is important not to get too caught up in the competitiveness of the moment and assume that in the long term, Europe’s future is only in high-end speciality chemicals.

Firstly, this is because the history of speciality chemicals is littered with specialities that have been turned into commodities due to oversupply. Perhaps a very recent example might be polyethylene (PE) elastomers.

Plus, as Tom writes, in this second ICIS article:

Most of Europe’s chemicals plants were, in addition, built many years ago. In a lower demand-growth environment is this necessarily a disadvantage?

Perhaps there is a great future for fully depreciated, small-scale plants that can more closely match supply with weaker demand. Investing in upgrading these plants might be a good alternative to building big, new grassroots facilities in the US Gulf a time when labour and construction costs are forecast to be very high.