China And Xi Jinping: The Five Big Challenges You Must Understand 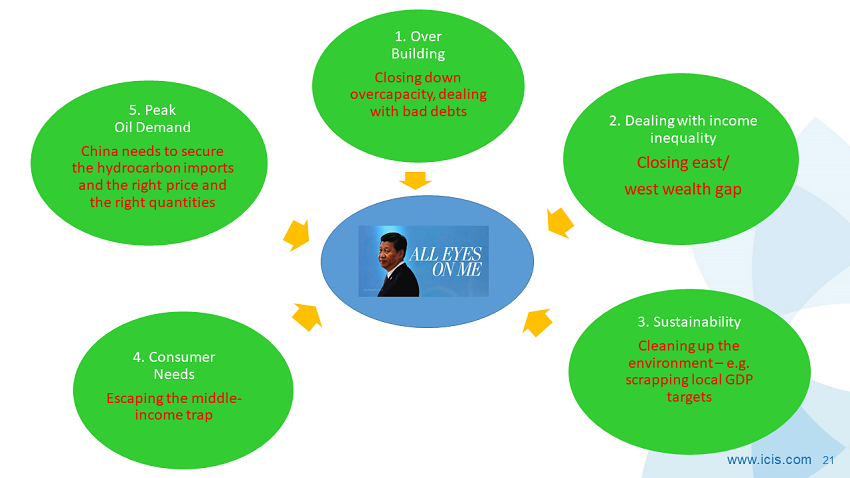 THE above slide, from my speech at this year’s Gulf Petrochemical Association Forum, is a summary of much of the analysis on this blog over the past 12 months. This is another of my print-out-and-keep guides. Please pin to your chemicals company boardroom wall as you plan your scenarios for China.

In the centre of my five big challenges is of course Xi Jinping whose authority to get the job done has been greatly increased following last month’s crucial 19th National Party Congress meeting.At the same time though, the pressure on Xi and his reformers is sure to build. This is the result of of the expectations for success that this increased authority brings, and the scale and complexity of what needs to be achieved. Do not underestimate the scale and complexity of what lies ahead for China, and thus the consequences for growth if reforms go wrong.

Here are the five challenges in detail:

And remember: Success will largely depend on whether or not China can implement its One Belt, One Road initiative.