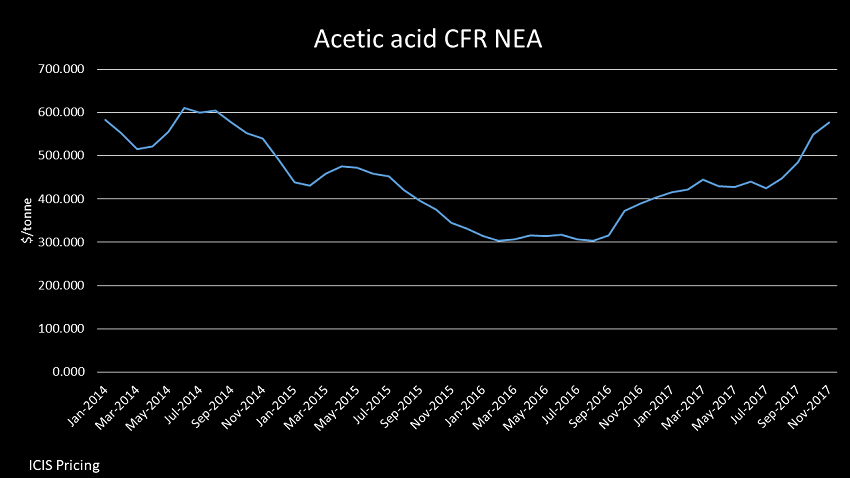 China’s president did, however, refer to the economy 70 times during that same speech, but his whole emphasis was on the quality rather than quantity of growth. Evidence to support this conclusion was an omission from his address of any mention at all of GDP growth targets.

This was Phase 1. The once-in-every-five years National Party Congress sets headline policy direction only. The work of implementation is now in the hands of the annual Economic Work Conference which is taking place in Beijing from Monday until Wednesday of this week.

A statement about the general conclusions will be released via state media outlets after the [Economic Work] Conference, but internal debates and specific instructions are usually kept under wraps.

Chemicals companies that produce in China and supply to China must obviously therefore get their hands on details of the new environmental rules and regulations that will be drawn up by the Conference. Their other task is to make sure they have enough good people on the ground in China who are capable of constantly monitoring how effectively these new policies are being implemented.

What we can be certain of, though

As I have just said, the detail of new policy initiatives will determine the extent to which different chemicals value chains continue to be disrupted.  What is also unclear is the degree to which local government officials will be able to block new environmental policies.

But on this latter point, local government officials know that Xi and his fellow reformers have greatly increased their control of the economy from the centre. They also know that the way to further their careers involves going the extra mile on implementing Beijing’s environmental objectives.

We can thus expect more overzealousness such that as of local officials in Hebei. As part of their contribution to the winter clean-air campaign, officials banned the use of coal for rural homes and industrial heating, even before the infrastructure to pipe in gas was in place.

It is not only officials in Hebei that have stepped up their environmental game. As the South China Morning Post again writes, the new political direction has produced a response across the whole of northern China as officials scramble to hit clean-air targets for end-2017.

These targets were set way back in 2013, but have only been taken seriously very recently. The newspaper says that provincial governments in northern China have imposed a complete ban on the use of coal for energy, have halted all infrastructure projects and have ordered a 30% cut in aluminium production and a 50% reduction in steel production.

This has led to a 70% surge in natural gas prices in China, resulting in a decision to curb gas supply to chemicals plants in order to prioritise supply for heating in homes. Methanol, acetic acid and fertilisers supply has thus been curbed, leading to a surge in pricing. In the case of acetic acid, as the above chart indicates, CFR Northeast Asian pricing in November of this year was at its highest level since September 2014.

There will thus be more opportunities for chemicals exporters to China in 2018 as a result of further reductions to local supply. Take benzene as a historic and perhaps future example, where imports have surged during 2017 on a reduction in operating rates at steel plants, which co-produce benzene.

But the challenge is identifying these new export opportunities in time, which again goes back to my point of having enough good people on the ground in China.

We can also be certain that chemicals plants located in urban areas, which have been classified as producing chemicals toxic to human health, will continue to be shut down.

Some of these shutdowns will be permanent where chemicals plants are also sub world-scale and in oversupplied sectors. More efficient plants will only be temporarily closed whilst they are relocated to chemicals industry parks – away from major population centres.

Another opportunity for 2018 will thus l be the extra work generated for engineering, construction and procurement (EPC) contractors as the relocation of chemicals plants accelerate. Success here will again, though, hinge on good quality market intelligence.

The broader implications for the global economy

As I discussed earlier this month, China is in general trying to move away from being the low cost workshop of the world for both environmental and economic development reasons.

As chemicals companies draw up their budgets for 2018, they therefore need to consider a significant China-driven inflation shock to the global economy. This shock could be compounded by higher oil prices.