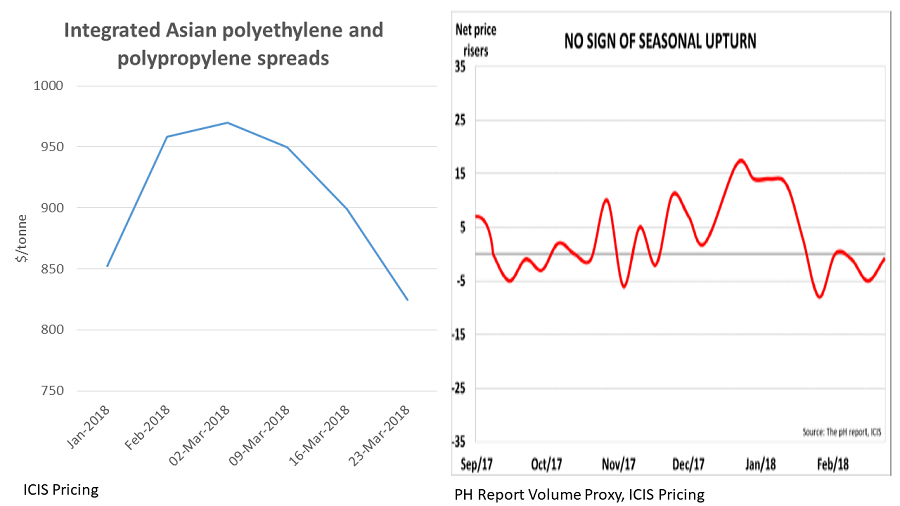 IF you repeat something enough times, such as the “emperor  is wearing clothes”, lots of people begin to believe it. So is the case with the widespread idea that we are in the midst of an unshakeable synchronised global economic recovery.

The problem with these kind of economic theories is that as more and more people sign up to a consensus, it becomes ever-harder to buck a consensus because of the risk of being ridiculed by your peers.

Consumer and purchasing managers’ confidence indexes increase optimism. When the indexes are published they are used as evidence that the consensus is right. Publication thus adds to confidence, resulting in an upward spiral of hype.

Robert Shiller, an economist who knows a thing are two about economic cycle, argues that confidence indexes are further limited in their usefulness because they do not attempt to probe the underlying reasons behind optimism. They are therefore pretty hopeless as predictors of the future. Confidence indexes were high immediately ahead of the Great Depression, the bursting of the dot com bubble and the Global Financial Crisis.

Selective use of other types of data can be another problem. For example, I believe that despite the likely setting of a new economic record in the US – 16 months of consecutive economic expansion – the return to growth has benefited too narrow a base of  Americans.The recovery has done nothing to address wealth inequality. And in fact what has driven the recovery – record low interest rates accompanied by quantitative easing the scale of which we have also never seen before – has exacerbated inequality.

Mainstream policymakers have failed the majority of Americans because they haven’t addressed the root causes of inequality. Instead they have, as I said, made the inequality worse. The root causes are an ageing population and automation.

Because of this mainstream failure, President Trump has been elected. The president may win a second term. Or a left wing Democrat could replace him who might end up adhering to the president’s protectionist policies on trade.

Mainstream policy failure is thus doubly bad because it has not only fallen short of addressing America’s real, underlying economic problems; it has also led to the election of a president whose trade policies represent a major threat to the global economy.

And at times of euphoria, economic data pointing in the opposite direction is either entirely overlooked or are viewed as insignificant if they are noticed. This is the case with China today where:

I agree that China’s service economy will continue to boom. But I also believe that even without a trade war, four percentage points of lower GDP growth in China in 2018 could be enough to tip the global economy into a downturn. Right now, the risks of a global trade war have been heightened by President Trump’s decision to impose $60bn of new tariffs on Chinese imports.

Tracking petrochemicals and polymers markets through our ICIS Pricing and ICIS News services is incredibly useful not just for those who are directly playing in these markets. Even if you are, say, an IT company or a financial analyst covering the retail sector, a constant check on the health of petrochemicals is useful.

The reason is that because petrochemicals are the starting point of so many manufacturing chains, they serve as an excellent barometer of broader macroeconomic trends.

Take a look at the chart on the left at the beginning of this blog post. This shows the spread between CFR Japan naphtha feedstock costs and CFR China polyethylene (PE) and polypropylene (PP) prices on an integrated basis.

I then multiplied the CFR China prices of raffia grade PP by 0.5 (every 3.3 tonnes of naphtha also makes half a tonne of propylene and about the same amount of PP).This gave me total returns from polyolefins sales minus 3.3 times the costs of naphtha.

Next I valued butadiene and aromatics co-products at 1.8m times naphtha. Again, every time you crack naphtha you also produce butadiene, aromatics and other co-products. These returns were added to the spreads between naphtha costs and polyolefins prices to provide an integrated picture.

Just about everybody had expected the Chinese polyolefins market to bounce back after the 15-21 February Lunar New Year Holidays. Polyolefins supply was said to be tight just as China’s vast manufacturing economy returned to work.

Instead, though, inventories of domestically produced polyolefins are reported to be high. Unsold PP and PE cargoes that were exported to China have had to be re-exported to Vietnam. PE and PP prices have thus fallen during the last four weeks, even though naphtha feedstock costs have risen on higher oil prices. This is reflected in the decline in spreads in March, which you can see in the above chart.

The second chart on the right widens this out by analysing ICIS Pricing trends globally across olefins, aromatics and polymers. This is the latest Volume Proxy from the March 2018 PH report. As you can see there has as yet been no uptick in pricing since the end of the Lunar New Year Holidays. Pricing has instead on the whole been in negative territory.

Only a question of timing

This may of course be premature. Petrochemicals and polymers markets may bounce back as fears over a global trade war recede, as stock markets recover and resume their bull run, and as confidence over the global economy in general reaches new levels of hype.

But I believe this is only a question of timing. It is not if but rather when the underlying fundamentas economic weaknesses put an end to the notion of a synchronised global economic recovery. We will then be in a synchronised global downturn. As the headline of this blog post suggests, this downturn may have already begun.