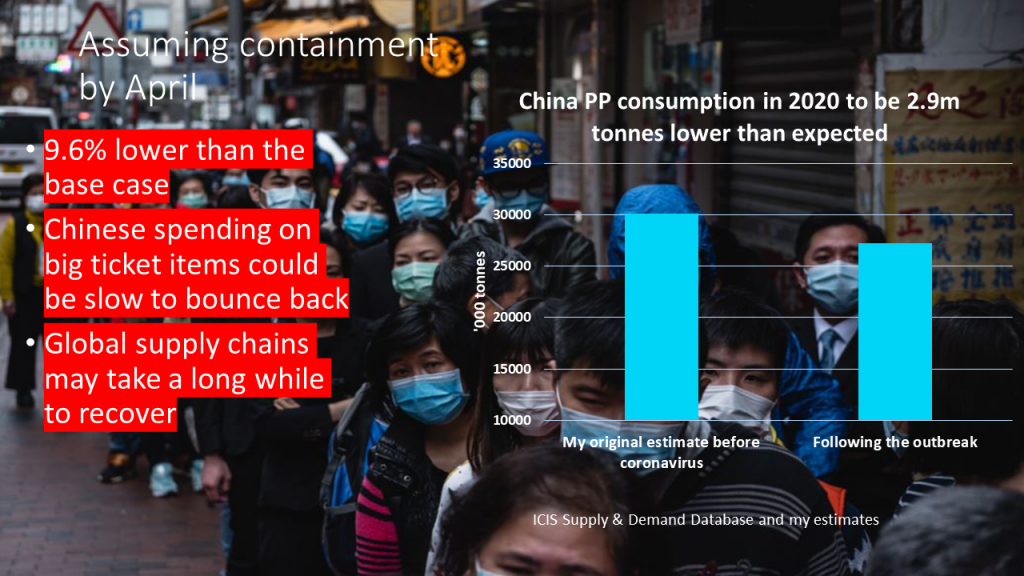 THE RUMOURS travelled around my contacts, and I am sure many of your contacts, for several weeks that China was undercounting the number of coronavirus cases (the disease has now been given a name – COVID-19). Someone said to me last week, “People go to hospital, get an initial positive diagnosis, are sent away and told to come back again for a full clinical test. But some patients don’t return to hospital because the transportation systems are frozen in Hubei province, the centre of the outbreak.”

Yesterday, this comment was mirrored in an article in the Financial Times as the number of official cases surged. This was reportedly due to a change in the methodology used to count the number of cases. This is a brand-new disease, making accurate diagnosis very difficult in any country.

These latest developments are worrying as they suggest that there was substance behind the rumours.. Or perhaps there is something else going on here. Diagnostic techniques now extend to lung scans, which, according to the New York Times, can lead to patients being given a diagnosis of COVID-19 when instead they have other lung diseases. In other words, out of the precautionary principle of ensuring that maximum resources and effort are allocated to the outbreak, China is now overcounting the number of real cases.

The honest answer is that none of us have a clue about the full extent of this outbreak and when it will be brought under control. All that we do know, and this is where there are a lot of grounds for hope, is that in no country except China could place around 60m people in quarantine. Despite the difficulty in identifying the true number of cases, China’s ability to exert control gives cause for optimism.

Imminent warmer temperatures are perhaps another reason to be optimistic. Coronaviruses in general usually don’t survive warm weather and by April or May, temperatures should start to rise in China, is one theory. In 2003, SARS – another member of the coronavirus family – began to die to down from April as Spring arrived, according to some people.

This theory is a “very unhelpful generalisation”, according to quotes in the New Scientist from Trudie Lang, Professor of Global Health Research at Oxford University. David Heymann at the London School of Hygiene and Tropical Medicine, who led the global response to the SARS outbreak in 2003, told the New Scientist that the MERS coronavirus spread across Saudi Arabia in August, when temperatures are very hot.

The most important issue here is obviously the human issue. My thoughts and hopes continue to go out to my contacts, friends and colleagues in China. Let’s all hope that the disease peaks very soon and is quickly brought under control.

But what if this doesn’t happen? As all the confusion above illustrates – and this is only a small sample of all the muddle out there – a wide range of outcomes are possible. For the sake of much less important business planning, here are three outcomes and their implications for the global economy and the petrochemicals industry:

I normally would give you weightings, my estimates of probabilities, for scenarios like these. Not on this occasion because of the degree of uncertainty right now.

I am afraid that as you draw your team together to game plan these scenarios for your petrochemicals business, there is an extra layer of uncertainty which must be considered: It might only take Scenario Two to trigger a global recession. A recession is well overdue. Global manufacturing, including petrochemicals, has been pointing in this direction for a good while. For a recession to happen, financial markets would have to suffer major corrections.

Conditions on the ground in polypropylene

Think of conditions on the ground right now in petrochemicals and extend these conditions out, based on Scenarios One to Three.

In polypropylene (PP), China is being forced to export to Southeast Asia because of insufficient demand at home. Material that’s been imported is being re-exported from bonded warehouses, again because of lack of local demand. Such is the extent of the consumption loss that deep Chinese operating rate cuts haven’t brought the market back into balance. Coal-to-PP producers cannot get feedstock to run their plants at normal rates because quarantine measures are restricting the movements of coal. Deep reductions in refinery run rates, the result of the collapse in fuels demand, have led to reduced availability from refineries of naphtha, LPGS and propylene to run PP plants.

I am already hearing of overseas operating rate cuts resulting from the inability to export to China. We estimate that China will account for 41% of total global net PP imports in 2020 amongst all the countries and regions in net import positions. This will once again make China the No1 global net importer followed by Turkey at 22%.

Digging deeper into demand, some minor support has been provided through the boost in consumption of PP non-woven grades used to make face masks. The auto sector is struggling, though, as a result of car-plant closures in China, with PP co-polymer grades obviously affected the most. Lack of consumer activity has dented auto sales. If you assume Scenario Three, this will be another bad year of new-car sales in China. New auto sales were already facing strong long-term headwinds before the virus broke out.

What of PP demand then? My best guesstimate, with the help of industry contacts, is that Chinese demand will be 2.9m tonnes lower than my original base case for 2020. This assumes that the virus peaks in April. As I said, I am unable to give a weighting to any of my three scenarios. But my contacts believe it will peak in April – hence, my choice of the effect on demand of Scenario Two being realised.

I have spoken to a lot of polyolefin industry contacts over the last few weeks. All of them are busy trying to find alternative markets to China to place their volumes.

But this virus, whatever its final outcome, is a stark reminder that that these sales cannot fully compensate for a weaker China. In 2000, China accounted for 15% of global PP demand. Our Supply & Demand Database estimates that in 2020 this will rise to 38%. In 2008, China overtook Europe to become the world’s biggest consumer of PP – and ever since then the volumetric gap between China and the rest of the world has widened.

What can be about this? There is nothing that can be done. There are no feasible economic scenarios under which any other country or region can replace China as the main driver of global economic growth, and thus petrochemicals demand, over the next 20 years. This makes contingency planning around events such as coronavirus of important long-term value for the petrochemicals business.

PREVIOUS POST More than 3m tonnes of Chinese polyethylene demand at risk from coronavirus
NEXT POST Coronavirus: Global polypropylene demand in 2020 could fall by 2.6m tonnes over last year