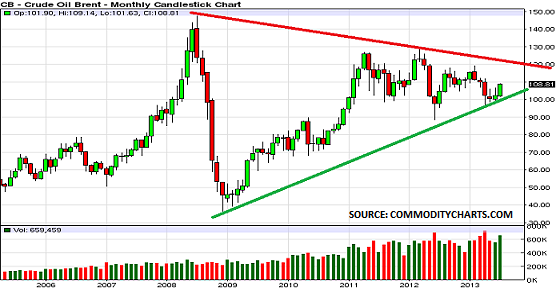 Last week should have been a great week for the speculators.  As in July 2008, they were able to spread the rumour of imminent Middle East war and upheaval.  5 years ago it was the threat of Israel bombing Iran’s nuclear facilities, and leading to a blockade of the Straits of Hormuz.  This time it was the threat of the Suez Canal being blocked by civil war in Egypt.

But one always needs to analyse speculative rallies rather carefully, as they tell us a lot about the underlying strength of the market.  And this one was rather weak, with Brent prices adding just $3/bbl to average $108/bbl for the week.  That doesn’t suggest a lot of conviction behind the rally.

Another warning sign was the response of the benchmark chemical markets.  Of course, they all moved up a little in response.  But volume was very limited, whilst the cautious mood of major players was reinforced by the behaviour of some Asian companies, who saw it as a selling rather than buying opportunity, as the comments below confirm.

Speculators will, of course, remain active as long as they are being funded by the western central banks.  But the latest International Energy Agency report was hardly bullish in its outlook highlights:

As the chart shows, the impact of the speculators has been less and less powerful in recent months.  Prices have failed to break out of their trading range, despite the additional $tns of free cash supplied by the central banks, suggesting that this particular asset bubble may finally be nearing its end.

One key factor is the impact of today’s stronger US$ in pushing prices higher in the major regions.  European Brent is €82/bbl – almost equal to the June 2008 peak.  Whilst China’s gasoline prices are 28% higher than in 2008 at Rmb 8945/t ($1442/t), when they were capped to prevent social unrest during the Beijing Olympics.

The IEA’s outlook hardly supports today’s continued record levels of crude oil prices.  And with China’s leaders now openly suggesting the 7.5% GDP target may not be met, the speculators will need a lot more free cash if they are to continue today’s rally for much longer.

The chart shows latest benchmark price movements since the IeC Downturn Alert launch on 29 April 2011, with ICIS pricing comments below:

Naphtha Europe, black, down 18%. “Europe is structurally long on naphtha, and sellers need to export to the US gasoline and Asian petrochemical sectors to keep stocks in balance.”
PTA China, red, down 20%. “Sellers were eager to offload their cargoes when prices moved up to their target prices in the wake of limited spot requirement from China”
Brent crude oil, blue, down 13%. “Losses reflect continued weakness in both the US and Asian markets”
HDPE USA export,  yellow, down 12%. “Traders are confining themselves to back-to-back sales, not wanting to build any inventory while price direction is uncertain”
Benzene Europe, green, down 3%. ”The gains have been oil and energy driven, and several players felt the upturn was too sharp and unwarranted given current supply/demand fundamentals.”
S&P 500 stock market index, purple, up 23%
US$: yen, orange, up 22%