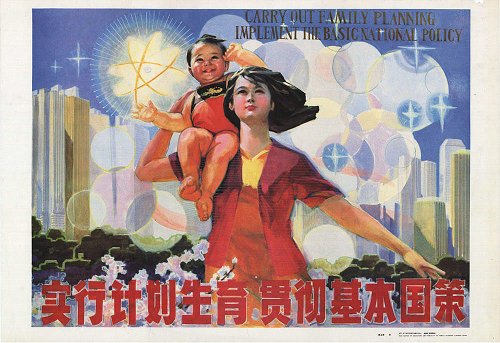 Women in most parts of the world are not having enough children to replace our population. This is one of the great issues of our time, but is hardly ever discussed.

Yet the issue is very topical, with Chinese births falling to a 60-year low last year.  Only 15.23 million babies were born, the lowest level since 1961 when the population was 654 million, less than half today’s 1.4bn. Soon, deaths will start to overtake births – as they have already in Japan.

It used to be thought that China was a special case due to its “one child policy”, pictured above. But this law was relaxed in 2015.  And although births did rise in 2016, as some couples took advantage of the new law, forecasts that births could reach 23m in 2018 have proved completely wrong.

FERTILITY RATES HAVE COLLAPSED AROUND THE WORLD 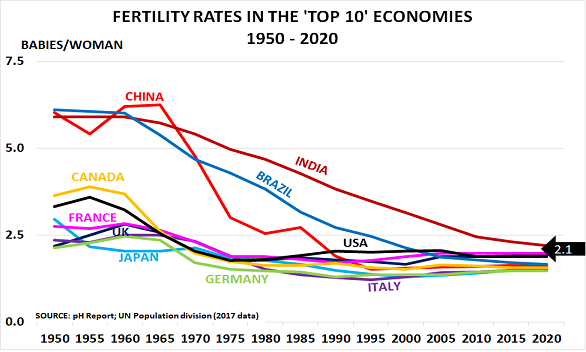 China is not alone, however, in seeing its fertility rates collapse, as the chart of the world’s 10 largest economies confirms.  It shows the number of babies/woman being born since 1950, based on UN Population Division data:

Of course, part of the reason is increasing life expectancy – women don’t  need to have a baby every year to ensure someone is there to look after them when they grow old.

In turn, of course, today’s ageing populations are creating major headwinds for growth, as I discussed in Economic policy needs to focus on impact of the 100-year life.  This is particularly critical in wealthier countries, given that the West faces a demographic deficit as population ages.,

But another key – and related – issue is the collapse in fertility rates itself.

POLICIES HAVE TO CHANGE IF FERTILITY RATES ARE TO RECOVER 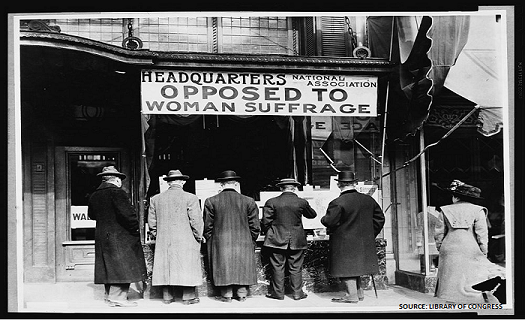 It is easy to forget today that it is only within the last 100 years that men began to accept that women could play a full role in society.  It was exactly a century ago, for example, that resistance to the idea of women voting began to crumble.

The catalyst for change was World War 1. With men having gone to fight, women had to be allowed to leave the home and go to work.  And when the men came back, they felt unable to stop the move to allow women to vote.  But this didn’t stop men enforcing marriage bars until the 1960s.

These meant that Western women would routinely lose their job when they got married, on the grounds that “it was the man’s job to earn the income, whilst the woman stayed at home with the children“.  And, of course, women’s lives and ambitions were still restricted in a vast number of ways.

THE COST OF HAVING CHILDREN IS TOO HIGH FOR MANY WOMEN

Today, the collapse of fertility rates should be seen as a critical issue for society.  Of course, not every woman wants to have children. But for those that do, there are at least 2 types of cost that currently discourage them.

One “cost” is simply the high cost of living.  In China, for example, Caixin notes that

“High parenting costs are severely inhibiting. For example, in a typical Chinese middle-class family, the average annual cost of raising a child is about 30,000 yuan ($4,400).”

This is higher than China’s average per capita disposable income at just $4165 in 2018, according to government data.

But there is another “cost” that women have to face if they want to have children.  This is that job conditions are still based on the pre-1960 pattern. As a recent survey by the UK parenting site, Mumsnet, reports:

“Three-quarters of parents found flexible working — including part-time hours, job shares and reduced hours during school holidays — more important to them than perks such as health insurance and gym membership, and more than half of them valued it over getting a pay rise.”

Tech companies seem particularly bad in this area, as one mother wrote recently about working at Facebook:

Most companies still operate a version of the same out-of-date policies. It’s time that they, and governments, began to wake up to the consequences. Common sense tells us that everyone would benefit from introducing more flexible working arrangements. And it is also the only way that we will get back to replacing our population, before it is too late.

“That couldn’t happen” are probably the 3 most dangerous words...

Last November, I wrote one of my “most-read posts”, titled Global s...