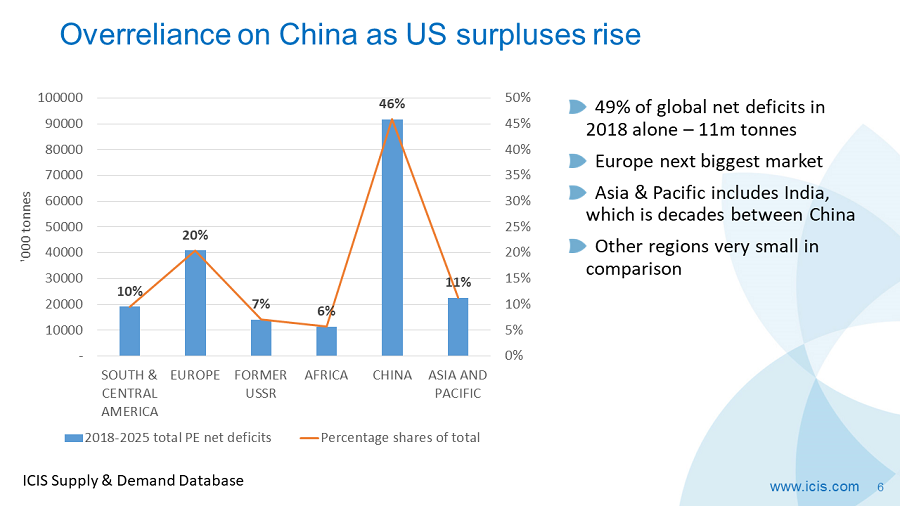 IT USED to be the case that one week was a long time in politics, but now, because of policy conducted via Twitter and other forms of social media, five minutes seems to be a long time in politics. The state of events can change by the time you’ve left your screen only long enough to make a cup of tea or coffee.

So, of course, many people will this morning be saying, “Calm down, there is nothing to worry about, just wait a short while,” following events yesterday when the US alienated the EU, Canada and Mexico by going ahead with its steel and aluminium tariffs.

This followed the US decision earlier in the week to proceed with imposing $50bn worth of tariffs on Chinese imports. The decision over China came after last week’s opening of an investigation by the US into auto imports from every country in the world on the grounds, as with all their trade protectionist measures, that auto imports are a threat to national security.

It feels right now like the world we have known since the Second World War, of open borders, constantly more globalisation, and a world coalescing around the economic and geopolitical might of the US, is coming to an end.

The Wall Street Journal on Wednesday echoed what I’ve been writing about for months, that a new world is emerging where the world minus the US is moving towards China. As events stand right now, China stands to win in the long term by building a new free trade bloc centred on its Belt and Road Initiative (BRI).

As the Journal wrote: For its part, China is looking to line up other countries, especially in Europe and Asia, against the US, Chinese officials say. Their companies could benefit from China’s plans to allow foreign companies better access to its markets.

But if Wilbur Ross and the Chinese government, for example, make all the right noises about avoiding a trade war during their talks in Beijing that start this weekend, all the people who are telling us to calm down this morning will feel that they were right.

The reprieve, though, could well be only be temporary because:

I must stress again that none of this is meant as a criticism or otherwise of President Trump’s approach. But there can be no doubt, whatever side of the political fence you sit on, that what the president is attempting is radically different. With extreme change always comes great risk.

My base case, the outcome I see as more than 50% likely to happen, therefore remains a global trade war. Regardless of your political views, everyone has to accept that at least in the short term, a global trade war would be very negative of the global economy.

Worst-case scenario for petchems over next 1-2 years

If my base case proves correct, and I sincerely hope I am wrong, the end result would be a new global recession. For US polyethylene (PE) producers, this would come at the worst possible time as they bring on-stream vast amounts of new capacity.

China could also follow through on its threat to impose 25% import tariffs on US low-density PE (LDPE) and linear-low density PE (LLDPE. This would likely make US exports to China of commodity grades of these polymers economically unworkable.

US producers would be faced with either turning down their operating rates or maintaining production and targeting markets other than China. They would choose to maintain production for two reasons:

Take China out of the equation and five will not go into four. The US switching to export markets other than China would lead to extreme pressure on the mainly naphtha-based PE producers in Europe and Southeast Asia (SEA) etc.  This is because, as the above chart reminds up, other export markets are so much smaller than China’s.

How might these naphtha-based producers be affected? As unexpectedly large volumes of US PE food into Europe and SEA, margins could be driven down to the point where naphtha crackers may face having to shut down.

Naphtha crackers of course don’t just make ethylene. They make propylene, C4 olefins and aromatics that serve a wide range of downstream industries and are thus the foundation for hundreds of thousands of manufacturing jobs.

Naphtha crackers also keep refineries running because the crackers consume the naphtha from the refineries. This consumption allows the refineries to operate and so produce economically vital products such as gasoline, diesel and kerosene.

It seems possible that the naphtha cracker players would petition their governments for antidumping or safeguard duties to protect themselves from US imports. Governments could respond favourably because of the vital economic roles played by local refinery-petrochemical industries.

Even if a global trade war does happen, this might not include China going ahead with its threat of 25% import tariffs on US LDPE and LLDPE. China may choose other responses to US protectionism.

But, in an atmosphere of anti US sentiment, Chinese buyers could be less willing to purchase US PE cargoes in general. The long term strategic push from the Chinese government will also remain increasing petrochemicals imports in general from fellow BRI member countries. All of the feedstock-advantaged Middle East is in the BRI.

You can equally argue that if the global economy falls into a deep enough trough then naphtha crackers in say Europe would be under significant pressure from US PE imports, even if the US is still able to export LDPE and LLDPE to China.

This may still lead to petitions for antidumping and safeguard duties. And the general souring of US-EU trade relationships might make EU governments very receptive to these petitions.

The world has changed for good

As I said at the beginning, five minutes has become a long time in politics. And taking a longer term view of things, a more centrist mainstream candidate may win the next US presidential election in 2020.

But as I shall argue on Monday, the pressures of ageing populations and rising automation have changed the world for good.

A populist government has just been formed in Italy. In the US, the next successful presidential candidate, even if this isn’t Donald Trump, could be a populist and a protectionist because of the anger and disappointment of the squeezed US middle class.

Many people are unhappy with mainstream politicians because of the stagnation of income and wealth levels resulting from the retirement of the Babyboomers and the destruction of jobs caused by automation.

Both of these pressures are set to build over the next decade and beyond, unless the right policies are adopted that mitigate the effects of ageing populations and automation. My base case is that no such policies will be adopted.

We will thus end up in a more cash poor and more fragmented world. Politicians will pull out of free trade deals and trading blocs such as the EU and NAFTA as import tariffs also rise. The world will split into regional and sub-regional petrochemicals markets.

Meanwhile, China will become the dominant economic and geopolitical superpower.

What would this mean for your petrochemicals business? This will again be the subject of my post on Monday.