Home Blogs Chemicals and the Economy Budgeting for a VUCA world

Budgeting for a VUCA world 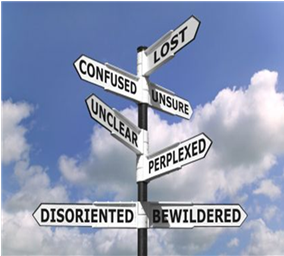 “I use the term VUCA to describe the world – volatile, uncertain, complex and ambiguous. It is very difficult for people to get a total picture.”   Paul Polman, Unilever CEO

The title for the 2013 Budget Outlook chooses itself.  If the CEO of Unilever, one of the world’s great companies, can’t get a “total picture”, then what hope is there for the rest of us?  Of course, we might get lucky and come up with the winning numbers in the lottery.  But that is not the approach most companies would want to take.

The range of genuine uncertainties is unprecedented:

How can companies possibly deal with this long, but by no means complete, list of major uncertainties?  Should they simply throw up their hands in despair, and stick with a consensus forecast that they know will be wrong?

This may seem tempting.  And indeed, it has been the default policy until recently.  But today, the balance of risk and reward is starting to change.  Staying with the status quo is more painful than adopting a New Normal-based approach.  After all, how many more times can you explain to your boss that your budget has not been delivered?  And how many more times can your management tell shareholders that key targets continue to be missed?

This is certainly the blog’s experience as it continues to work with Boards and ExCos and management teams around the world on these super-critical issues.  The release of energy, when reality is acknowledged, goes a long way towards putting that critical first step in place.  The key, the blog has found, is for each company to then develop its own VUCA for success:

Nobody said business was meant to be easy.  But companies who take on the challenge of today’s VUCA world will be increasingly successful as we move through the 2014 – 2016 budget period.