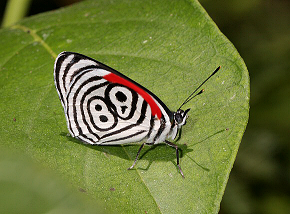 The world’s media are increasingly aware that economic growth is being impacted by major demographic change.  Thus the leading UK weekly magazine, the New Statesman, has published this article by the blog last week.

It looks at the challenges facing the UK in the next few months.  These are, of course, the same challenges that face all the major economies.

“The [UK government] coalition’s economic policies have benefited, like all of us, from the summer sun. But now the nights are drawing in, and the party conference season approaching. We all know that butterflies fluttering over the Amazon can cause snow in Chicago, and there are at least 4 butterflies whose flapping wings may deliver equally chilling results here in the UK in the next few weeks.

The first butterfly starts to flap next month, on September 22, as Germany goes to the polls. The approach of the German election has put the Eurozone crisis “on hold” for the past year. But the delay has made the problems worse, not better, with the Bundesbank warning again this week about the risks from “ongoing uncertainty about the economic policy situation” and the Eurozone debt crisis. The UK cannot therefore rule out the risk of a triple-dip recession in its largest trading partner, if Southern European economies continue to struggle.

The US will set the second butterfly fluttering in October, when Congress debates the future of the sequester programme and the need to increase in the country’s debt ceiling. As in the Eurozone, US politicians have made a habit of postponing hard decisions in the hope that, Micawber-like, “something will turn up”. But government departments are now having to impose short-time working as a result of the sequester. For example, 650,000 Department of Defence workers are effectively on a 4-day week till September. And markets do not always stay calm once uncertainty rises and the rhetoric starts to fly.

Over in the east, November sees a third butterfly released at China’s crucial economic policy meeting, the so-called “third plenum”. This is expected to endorse major reforms aimed at boosting domestic consumption from today’s miserably low level, and abandoning the current reliance on export-led growth. But this will not be easy, as China’s city-dwellers have average incomes of only £3000/year ($4600), whilst the half of the population still living in rural areas earn just £1000/year. This enormous shift in the world’s second largest economy must inevitably have consequences for us, most of which are currently unknowable.

The fourth butterfly is closer to home. New Bank of England governor Mark Carney’s much-heralded policy guidance has so far been ignored by the markets. Yields in the government bond market for the benchmark 10-year gilt have instead risen by 100 basis points, 1 per cent, since May. This lack of a honeymoon period is a clear omen of potential difficulties ahead for both borrowers and savers. Whilst an out-of-control housing market in London and the south east is making life very difficult for many buyers and renters.

Any of these butterflies could easily send a severe winter chill through an unprepared UK economy. They also highlight how wishful thinking about growth has come to dominate economic policy.

We know, for example, that consumption is 60 per cent of UK GDP, and that consumption falls away as people reach the age of 55. At this age, people already own most of what they need, whilst their earnings decline as they begin to enter retirement. Yet although the average boomer turns 55 this year, policymakers are still failing to connect the dots as regards the implications for GDP.

With 30 per cent of the UK’s population now in this New Old 55+ cohort, it is unrealistic to expect a repeat of the sustained growth seen when the boomers were in their prime wealth-creating years. Voters are not stupid. The party that talks about the new policies needed for today’s new normal, and not around them, will find itself best positioned for the 2015 election.”

Newton’s 3rd Law of Motion states, “To every action there is always ...

Building the Factory of the Future

Over the past 4 years, major European companies and research organisations have ...