My latest post for the Financial Times, published on the BeyondBrics blog is below |Jun 30 17:45

Major structural change is under way in China’s passenger car market. New car sales grew just 1.2 per cent in May, as the country develops a used car market for the first time in its history. Buyers in the world’s largest auto market now have much more choice when it comes to buying a car, and are no longer forced to buy a new car. 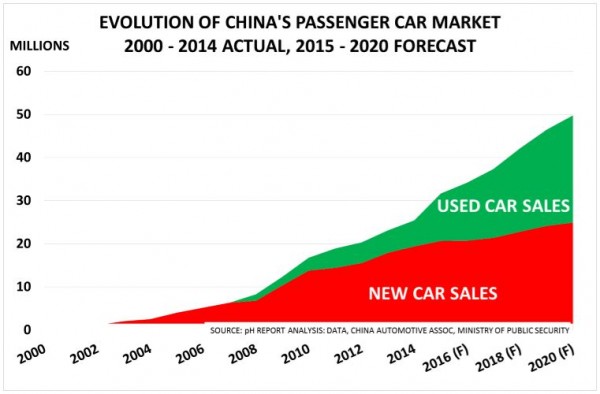 Chart 1 highlights the impact of this change, which is yet to be fully appreciated by many investors and suppliers to the industry. It shows new and used passenger car sales from 2000 – 2014, with our forecasts to 2020:

Alternate scenarios are, of course possible. But common to all of them is the emergence of the used car market as a major alternative to the purchase of a new car. This has not been possible before, and will create new income streams for dealers and manufacturers. It will also make car purchase more affordable for ordinary Chinese, as older and cheaper used cars will become available as reliable ‘entry level’ vehicles for the first time.

The shift is also supported by the increasing difficulty of obtaining a new licence plate in China’s tier 1 cities. Introduced as a measure to combat pollution, this means that Beijing, for example, now issues only 240,000 new license plates each year, and plans to cap the number of vehicles at 6m by 2017. One key advantage of a used car is that it comes with a licence plate. 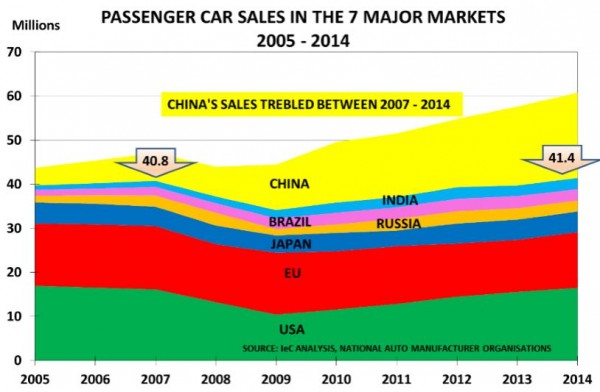 Critical to this development was the fact that bicycles and motorbikes had been the main form of personal transport until very recently. In 2000, China’s total car parc was just 16m cars, and it was still only 24m cars in 2004. Equally important was that most of these cars were poor quality. Thus their average lifespan was relatively short, only around a third of today’s US lifespan of 11.4 years.

But the post-2008 stimulus programme changed these dynamics, as China’s market became a magnet for foreign manufacturers. German brands alone took 27 per cent market share in 2014, reducing domestic brands to just 22% market share. As a result, the quality of cars in China has seen rapid improvement. The average age of the auto fleet is expected to rise from 3 years in 2012 to 4.5 years in 2017, and to 10 years by 2020, thereby creating the basis for a major increase in the size of the used car market.

In turn, business models are changing in the industry. Major foreign manufacturers such as BMW, Audi and Volvo have begun to introduce western-style certification services to guarantee the quality of used cars. These will cover 30 cities by next year. They have realised that used car sales are already providing an attractive revenue stream, with Audi seeing 34 per cent growth last year.

Dealers can also gain good profits from used car sales and servicing. These areas are proving far more attractive than new car sales, where 70 per cent of dealers were reportedly unprofitable last year. Chinese investors have been quick to pick up on this shift in demand patterns. Online used car retailer Uxin easily raised $170m  in March, and its service-led business model based on the internet is expected to prove very popular.

Change on this scale in the world’s largest auto market will create winners and losers. Even on our rather optimistic assumptions above, annual new car sales volume will rise by only 6m between 2014 – 2020. This will be a dramatic change from the 2008 – 2014 picture, when annual volumes rose by 13m. Investors and industry suppliers are likely to find that past performance is not a reliable guide to the future.