Home Blogs Chemicals and the Economy Aging Boomers to play key role in US Presidential election, as policy failures lead to a Great Reckoning

Aging Boomers to play key role in US Presidential election, as policy failures lead to a Great Reckoning 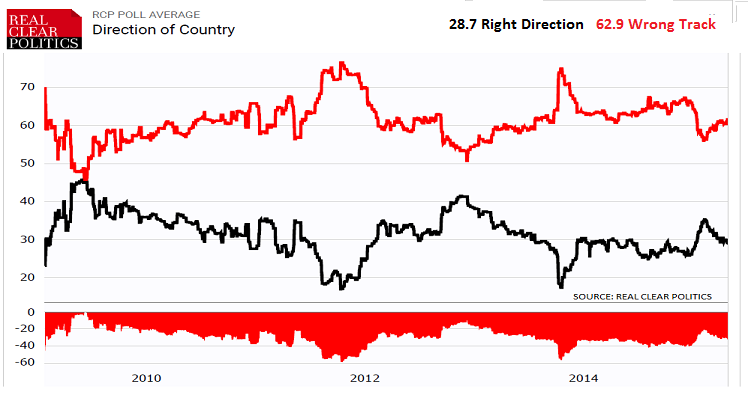 Today is the Labor Day holiday in the USA, and the traditional start of the Presidential election campaign.  For 2 years, the candidates have been rushing around the country in pursuit of money, endorsements and primary election wins. Now they enter the final stage, when they can finally focus on winning the Presidency itself.

The result is likely to have significance not only for the USA, but also for the world.  The US has underpinned global governance since the end of World War 2, but now seems to be moving away from this role, at a time when both Russia and China are becoming resurgent on the global stage.

The rationale for US global engagement was that the previous policy of disengagement after WW1 – when it refused to join the League of Nations, and adopted protectionism with the Smoot/Hawley Tariff Act – had clearly not worked.  After WW2, it decided to instead adopt a strategy of engagement.

This year’s election could therefore prove to be as momentous as those of 1960 and 1980.  They provided critical support for the engagement policy, by forcing through necessary but painful change within the US:

□  The Kennedy/Johnson win in 1960 led to the Equal Pay Act of 1963 and the Civil Rights Act of 1964 – which outlawed discrimination on the basis of sex or race. It also launched the Great Society project to eliminate poverty
□  The Reagan/Bush win in 1980 carried through major reforms of government, and 1984’s declaration that it was “morning again in America” highlighted America’s growing self-confidence as “the shining city on the hill“

TODAY’S AMERICA IS BECOMING MORE INWARD-LOOKING
3 major policy errors of recent years – the disaster of the Iraq War and its continuing aftermath, the failure to recover from the 2008 Financial Crisis, and the seemingly uncontrolled growth in immigration – have undermined voters’ confidence in the engagement concept, as the above opinion poll from Real ClearPolitics confirms:

Equally significant, given this picture, is their separate poll showing a positive approval rating for President Obama at 50.7%.  Clearly, therefore, the disquiet over the country’s direction is not due to the perceived failings of an incumbent President.  This disquiet goes much deeper as I discussed last week, and will prove much harder to resolve.

Demographics, as in 1960 and 1980, are therefore likely to be a critical influence in November’s election:

□  Median age in 1960 was just 30, and 29 in 1964.  Young people are by nature optimistic about the future, believing anything can be achieved – and their support was critical for the Great Society project
□  Median age was still only 30 years in 1980.  The Boomers were joining the Wealth Creator 25 – 54 generation in large numbers.  They were keen to join the Reagan revolution and eliminate barriers
□  Today, however, median age is nearly 50% higher at 38 years, and the average Boomer is aged 61.

The US thus becoming an aging society, like Japan and Europe.   For the first time in history, the New Old 55+ generation will therefore be a key demographic in the election. And older people are more resistant to change, as they tend to look backwards rather than forwards.

The poll confirms this demographic insight.  One clear sign is that the candidates are not mirroring Kennedy/Johnson and Reagan/Bush in focusing on the need to remove barriers.  Indeed, Trump’s signature policy is to build a wall.

This more inward focus by the voters is therefore further evidence that a Great Reckoning is now underway.

WEEKLY MARKET ROUND-UP
My weekly round-up of Benchmark prices since the Great Unwinding began is below, with ICIS pricing comments:
Brent crude oil, down 55%
Naphtha Europe, down 58%. “Domestic petrochemical demand stable”
Benzene Europe, down 52%. “Crackers are running hard due to healthy operating margins”
PTA China, down 41%. “China PTA units enter stipulated G20 shutdowns”
HDPE US export, down 27%. “A trader said the export market has turned sporadic because of availability issues and competitive offers from Asia and the Middle East”
S&P 500 stock market index, up 12%
US$ Index, up 18%

PREVIOUS POST If "Brexit means Brexit", what does Brexit mean?
NEXT POST Investors panic in "search for yield" as interest rates go negative