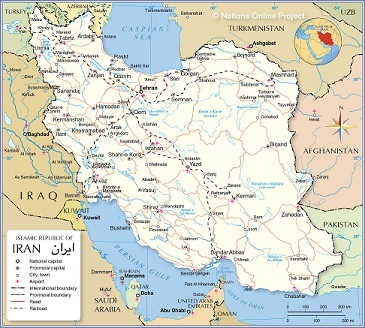 Back in the summer of 2008, markets were dominated by the potential for an Israeli attack on Iranian nuclear facilities, as I summarised at the time:

“Nothing is certain in life, except death and taxes. But it is hard to see markets becoming less volatile until either an attack takes place, or a peaceful solution is confirmed. And with oil now around $150/bbl, two quite different outcomes seem possible:

• In the event of an Israeli attack, prices might well rise $50/bbl to reach $200/bbl, at least temporarily

In the event, an attack was never launched and prices quickly fell back to $100/bbl – and then lower as the financial crisis began.

It is, of course, possible that both fears could be realised if war did break out in the Gulf and oil prices then rose above $100/bbl.

The issue is highlighted in the Reuters chart on the left, which shows that Brent has moved from a contango of $1/bbl at the beginning of the year into a backwardation of nearly $4/bbl on the 6-month calendar spread. As they note:

But as the second Reuters chart confirms, traders are also aware that forecasts for oil demand are based on optimistic IMF forecasts for global growth. And recent hedge fund positioning confirms that caution may be starting to appear.

Traders are also aware of the key message from the above chart, which shows that periods when oil prices cost 3% of global GDP have almost always led to recession.  The only exception was after the financial crisis when central banks were printing as much money as possible to boost liquidity.

The reason is that consumers only have a certain amount of discretionary income.  If oil prices are low, then they have spare cash to buy the products and services that create economic growth. But if prices are high, their cash is instead spent on transport and heating/cooling costs, and so the economy slows.

“To govern is to choose” and President Trump therefore has some hard choices ahead:

History doesn’t repeat, but it often rhymes as the famous American writer, Mark Twain, noted. If the President now chooses to fight a trade war with China and a real war with Iran, then he risks losing popularity very quickly as the costs in terms of lives and cash become more apparent.  Yet as we have seen since Lyndon Johnson’s time, this is usually something that politicians only learn after the event.

Investors and companies therefore have little to lose, and potentially much to gain, by accepting that we can only guess at how the two situations may play out.  Developing a scenario approach that plans for all the possible outcomes – as in 2008 – is much the most prudent option.