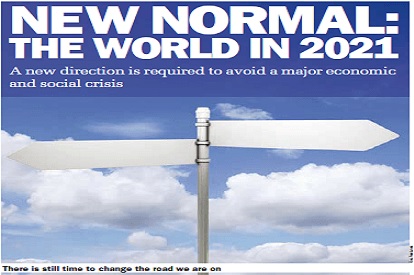 The blog has now been running for 14 years since the first post was written from Thailand at the end of June 2007.  And quite a lot has happened since then:

In times of short-term uncertainly, it can be useful to take a longer-term view.  It is therefore perhaps helpful to look back at Chapter 4 of Boom, Gloom, which gave “Our 10predictions for how the world would look from 2021:

“The transition to the New Normal will be a difficult time. The world will be less comfortable and less assured for many millions of Westerners. The wider population will find itself following the model of the ageing boomers, consuming less and saving more. Rather than expecting their assets to grow magically in value every year, they may find themselves struggling to pay-down debt left over from the credit binge.

“Companies will need to refocus their creativity and resources on real needs. This will require a renewed focus on basic research. Industry and public service, rather than finance, will need to become the destination of choice for talented people, if the paradigm shifts created by the New Normal are to be solved. Politicians with real vision will need to explain to voters that they can no longer expect all their wants to be met via endless ‘fixes’ of increased debt.

“We could instead decide to ignore all of this potential unpleasantness.

“But doing nothing is not a solution. It will mean we miss the opportunity to create a new wave of global growth from the paradigm shifts. And we will instead end up with even more uncomfortable outcomes.”

Most of these forecasts are now well on the way to becoming reality, and the pace of change is accelerating all the time.

This is why we now highlight the pandemic shifts on the New Normal website, and have launched workshop programmes with many major companies and investors to help them become Winners rather than Losers as the New Normal world continues to develop.

THANK YOU FOR YOUR SUPPORT OVER THE PAST 14 YEARS
It is a great privilege to write the blog, and to be able to meet many readers at speaking events and conferences around the world – both virtually and in person.   Thank you for all your support.

PREVIOUS POST "When all the experts and forecasts agree — something else is going to happen", Bob Farrell
NEXT POST Governments continue to fail the Covid challenge