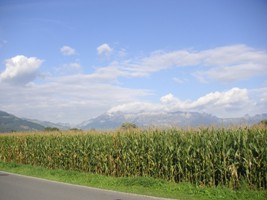 THE proven approach for success in petrochemicals is, of course, to find cheap feedstocks somewhere and build a world-scale cracker complex.

That “somewhere” doesn’t necessarily have to be close to the final customers in emerging markets. For example, the Middle East and more more recently the US can afford to ship large volumes long distances because of their ethane feedstock advantages. This model looks set to continue as both regions are due to add large amounts of olefins and derivatives capacity.

But it is always worth building alternative scenarios. For example, as we have discussed before:

We have been very sceptical about “green” routes to petrochemicals, but Nigel writes: “The Hummingbird ethanol dehydration technology will be licensed by BP. It can be used to produce between 50,000 tonnes/year and 300,000 tonnes/year of ethylene in a relatively simple single train plant.

“The technology could be used wherever a source of ethanol was readily available, say from biomass, or in a more conventional petrochemical industry setting where further volumes of ethylene are needed.

“’The ‘green’ ethylene market is growing strongly and could easily quadruple in size, the head of technology for the downstream businesses at BP,’” Charles Cameron, said, with multiple units coming on-stream quickly.”

On a straight forward cost-per-tonne basis, the bio-ethanol route to ethylene might, as a result, make a lot of sense for developing countries with big agricultural sectors. This would be even more the case in countries either already short of hydrocarbon reserves or where rapid declines in oil and gas reserves are expected.

Non-economic factors also come in to play again, such as concerns over pollution. In China, for example, conventional petrochemicals projects may find it harder to win approval.

Plus, making use of bio-based feedstocks could be a great way of boosting the incomes of farming communities. The bigger the agricultural sector in any particular country, the greater the potential wider economic benefits from going down the bio route.

PREVIOUS POST Life After The "Sugar High": Oil Prices And Petrochemicals
NEXT POST The US Needs A Plenum