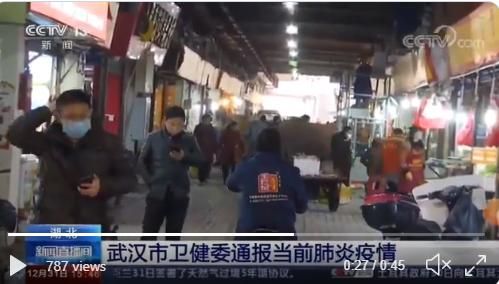 But with certain notable exceptions, governments since then have mostly failed to properly activate their pandemic contingency plans. Some have even refused to make the hard choices necessary to protect the public. And as we are now learning the hard way, avoiding painful decisions doesn’t make them go away. Instead, the available options narrow.

We will never now know, for example, whether prompt action by governments could have reduced the total impact of the virus. But, we do know that the delay has helped to create a global economic crisis to add to the health crisis, as the IMF’s head warned on Friday:

“Never in the history of the IMF have we witnessed the world economy coming to a standstill. It is way worse than the financial crisis”.

So was this a so-called ‘Black Swan’ that nobody could have forecast? You might think so, reading consensus commentary.

In reality, the path to today’s disaster – for that is what it has now become – was very clear from early February, as I have highlighted here each week:

The problem, even today, is that people who shout loudest get the media attention. There is no analysis of what they have said before, or whether it made sense. This is quite different from the past, when people like Henry Kissinger were US Secretary of State.

Kissinger actually took tough decisions that upset people, because his rigorous analysis told him they had to be made.  And this is what he wrote on Saturday, under the heading “The Coronavirus Pandemic Will Forever Alter the World Order“:

“The coronavirus has struck with unprecedented scale and ferocity. Its spread is exponential: U.S. cases are doubling every fifth day. At this writing, there is no cure. Medical supplies are insufficient to cope with the widening waves of cases. Intensive-care units are on the verge, and beyond, of being overwhelmed. Testing is inadequate to the task of identifying the extent of infection, much less reversing its spread. A successful vaccine could be 12 to 18 months away.”

Please read this statement again, and tell your friends about it. The USA is the world’s wealthiest economy,and its senior statesman is warning that it is currently powerless in the face of the virus. And please then read this statement, and ponder what it means for the outlook for the global economy:

“The contraction unleashed by the coronavirus is, in its speed and global scale, unlike anything ever known in history. And necessary public-health measures such as social distancing and closing schools and businesses are contributing to the economic pain. Programs should also seek to ameliorate the effects of impending chaos on the world’s most vulnerable populations.”

This is now not just my opinion, but that of the IMF and of thoughtful, highly experienced public servants such as Henry Kissinger. We all need to act now, in whatever way we can, to avert this potential catastrophe. Otherwise, as Kissinger warns:

“The historic challenge for leaders is to manage the crisis while building the future. Failure could set the world on fire.”