US Housing Recovery? What Recovery? 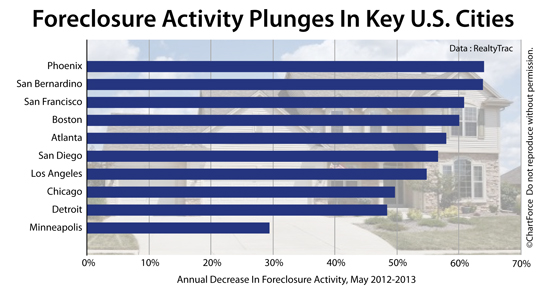 A SUSTAINED US housing recovery is vital for the global petrochemicals industry because, without it, far too much of the 64% of ethylene capacity, which is due to be added in the States, will have to be exported in the form of derivatives.

One of the reasons is that some $16,000 of chemistry – in the form of polymers, chemicals, adhesives etc – goes into every new house built in the States, according to the American Chemistry Council.

But there are much broader implications than this. Some 70% of US GDP comes from consumer spending.  Given the extent of income inequality in the States, a rebound in housing seems to take on even more importance – especially as there are few signs of a political consensus on how to fix the widening gap between the richest 1% and everyone else. In other words, how else will the average American consumer regain the wealth necessary to go on a renewed spending binge, unless a recovery in US housing is sustained?

Thus, some of the data earlier this year seemed to be very reassuring. For example:

But, as US economic commentator Mike Whitney argues, it is important to look under the hood before you buy a second-hand car otherwise you might end up buying a “lemon”. The same applies to US housing.

He points out that:

“So the banks are taking longer to process the gunk on their books than even last year. Why would they do that? Why would they drag out the process even longer than they had to?” he wrote in the same article.

1– Because they don’t have the money to cover the losses.

2– Because they don’t want to dump more homes on the market and push down prices.

3– Because the Fed is lending them money at zero rates so they can roll over their prodigious debt pile at no cost to themselves.”

In September, 49% of all residential purchases were all-cash purchases, he continued.

Who has the kind of cash to buy homes without having to take out a bank loan? Yes, you should have guessed it, it is the 1% at the top of American society – the hedge funds, the private equity companies and the investment banks.

If and when the Fed tightens, these financial players could dump their investments.

Or, just as was the case in September 2008, some unforeseen economic event could force investors to head to the hills – dumping homes and other risky investments funded by quantitative easing. Some of the bigger financial institutions might once again be “too big to fail”  – if they have over-exposed themselves again- and so we’d be back to Square One.

But the good news is that the real reason why the US housing market hasn’t recovered is now winning broader acceptance.

The next step can, therefore, begin: Finding new, sustainable sources of growth for the US economy – and for its chemicals and polymers industries.