No room for cynicism as China targets major plastic clean-up 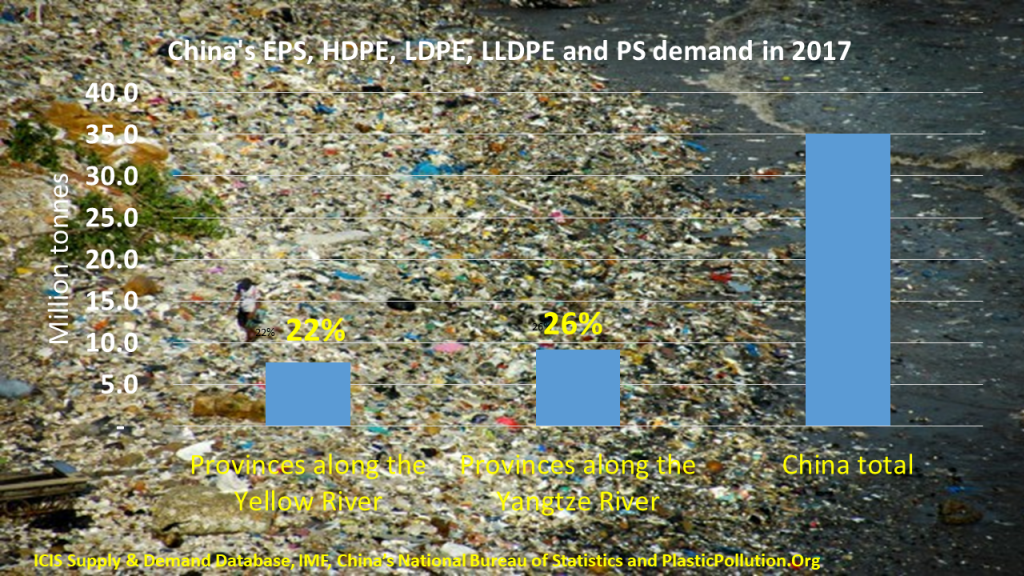 THE CYNICS out there would have you believe that the global plastics rubbish crisis is a passing fad, something that will fade from public consciousness as another “trendy cause” captures the popular imagination.

They also want you think that the concern over plastic rubbish is almost entirely a rich world luxury. When people have most of their basic needs met – i.e. decent food, water, shelter, healthcare and education – then they can afford to worry about the quality of life, is the basis for this argument.

The cynics are ignoring the data. Ninety per cent of the plastic rubbish in the world’s oceans emanates from just ten rivers, of all them in the developing world. It is thus entirely wrong to think of the plastics crisis as a rich world, “trendy cause” that will fade away.

This is instead a huge environmental, economic, social and political problem for the developing world. Ruined coastlines and the loss of tourist revenue is one problem caused by discarded plastic rubbish. Then you have poisoned marine life and the threat to food security, plus the impact on human health of exposure to untreated household rubbish in general.

This latter issue explains why China has shaken up the global recycling business. Its decision to heavily restrict imports of scrap plastic, scrap cardboard and other rubbish from January last year has left developed-world recyclers scrambling to find alternatives. This has involved diverting shipments from China to other developing countries such as Malaysia, Vietnam and Indonesia. But these countries are also pushing back against being treated as the dumping ground for the West’s quite often toxic garbage.

There is a geopolitical aspect to this as well. If China and the rest of the developing world continue to drift away from the US as the US focuses on its “America First” policy:

In such circumstances, how would the developing world meet its virgin polymers demand? Easy. From friendly countries within the greater China economic and geopolitical sphere that’s being built as part of the Belt and Road Initiative. This includes all of the Middle East, all of Southeast Asia, most of the Indian sub-continent and some European countries. And of course a big increase in recycling will reduce the need for virgin polymers

The dynamics of the EU/developing world relationship will likely be very different. EU public concern about the plastics rubbish crisis is higher than in the US. Public pressure equals legislation. It thus seems probable that European polymer companies exporting to the developing world will face EU tariffs on their shipments unless they can demonstrate their pellets are not ending up in the oceans and the rivers.

These tariffs could be in addition to any tariffs imposed by the developing countries themselves. But if the EU stays close to the developing world, which I think is probable, developing-world tariffs on EU polymers will be lower than those levied on the US.

Plastics pollution and water pollution in general create another major problem for China: Despite China holding 20% of the world’s population, it contains just 7% of global water resources, with government data showing that 57.3% of water sampled was heavily polluted as of 2012.

China also faces the consequences of its disastrous One Child Policy. The rapid ageing of its population has created a major economic challenge. China has to develop higher value manufacturing and service industries to generate the tax revenues needed to cover soaring healthcare and pension costs. I thus believe it is likely that China will spend billions of dollars developing a modern, state-of-the-art domestic recycling business.

We are already seeing signs of a big pushback against plastic waste in China through numerous restrictions on single-use plastics and investments in better recycling. Take Hainan province as an example. The island province will ban the production, sale and use of all single-use non-biodegradable plastics by 2025 in a bid to ease pollution, state media has reported.

But this is a sign of much, much more to come. The majority of China’s population live close to the heavily polluted Yangtze and Yellow Rivers – two of the ten rivers responsible for 90% of the plastic rubbish in our oceans. The Yangtze alone is responsible for 55% of this 90%. The Yellow River supplies water to 155m people, representing 12% of China’s total water supply.

China simply must therefore tackle the plastics pollution crisis along its two biggest rivers. In order to gauge the demand exposure, let’s look again look at 2017 – the latest year for which all the necessary data is available. Let’s also use the same five polymers detailed above:

It seems clear, though, that plastics rubbish in general will become a major focus of the Chinese government, affecting all consumption of virgin polymers that go into single-use applications.

Still not convinced? Why? You’re taking a big risk in ignoring this risk and also opportunity to reinvent your polymers business, given that in 2017 China accounted for 34% of global virgin demand of these five polymers. And that of course doesn’t include the rest of the developing world.