BMW says “pay to use” models will challenge US auto industry 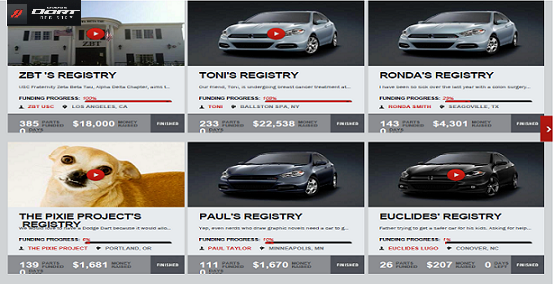 Major change seems underway in the auto industry, as BMW joins the list of those entering the car-sharing market with its DriveNow electric vehicles.  As BMW’s Tony Douglas noted at their launch:

“Our core business in the ’70s was selling cars; in the ’80s, late ’70s came the great innovation of leasing and financing. Now you can pay per use of a car. It’s like the music industry. You used to have to buy an album, now you can pay per play.”

We all know what has happened to profitability in the music industry supply chain as a result of iTunes and other disruptive business models.  Mass markets such as cassettes and other packaging simply disappeared.

Now the auto market is facing similar challenges as demand grows for cheap, convenient mobility.  With Mercedes and BMW arriving on the scene, it would be a brave supplier who decided to ignore the potential for rapid change.  As the Wall Street Journal notes, many investors are now losing money on toll road contracts, having imagined that:

One key driver for change is the fact that young people are less able to afford car ownership.  Only four out of five (81%) young male Americans held a driving licence in 2010, compared with 93% in 1995, according to BMW’s Institute for Mobility Research.

Affordability, as we have argued in Boom, Gloom and the New Normal, is thus becoming a critical factor in auto and other markets. The SuperCycle concept of ‘value-added’ increasingly now only applies to luxury segments.

Another response to the affordability issue has come from Chrysler.  They have borrowed an idea from venture capitalists called crowd-funding, as a way of helping potential owners to buy a car (Chrysler’s site is pictured above).  As the New York Times describes :

“Chrysler’s Dodge brand introduced the industry’s first crowdfunding program in January. Friends and family can contribute to a potential buyer’s Dart fund by sponsoring different parts of the vehicle, like the engine, the heated seats or even the antenna. Users are encouraged to customize their vehicles and then use Facebook and Twitter to announce their goal and solicit donations and gifts.”

Other companies such as Hyundai have followed – offering a $500 credit towards an eventual purchase.  Whilst Toyota have just announced a partnership with Google called Collaborator – a social networking site that allows friends and family to  swap ideas about the car of their dreams.

It is clearly too early to be sure which of the new business models will turn out to be winners.  But current suppliers to the industry should beware of complacency in the face of the potential changes ahead:

At the moment, the blog would certainly put its money on car-sharing models such as Mercedes Car2Go.  This now operates across Europe, and has over 3000 cars in 10 US cities.  For example, it offers one-way rentals in Washington DC and elsewhere for just 0.38c per minute, with parking and fuel costs included

Its value proposition, given that the average car is used for just 1 hour a day, is very clear.  And it is already seeing major and rapid growth as a result.  But just think what impact this might have on auto production and sales in 5 and 10 years time.

October’s post ‘Women now have half the number of children compared...

The blog has a suggestion for a quiz question for anyone planning party games...