Home Blogs Asian Chemical Connections Polyethylene production via oil and gas: The next horse and cart

Polyethylene production via oil and gas: The next horse and cart 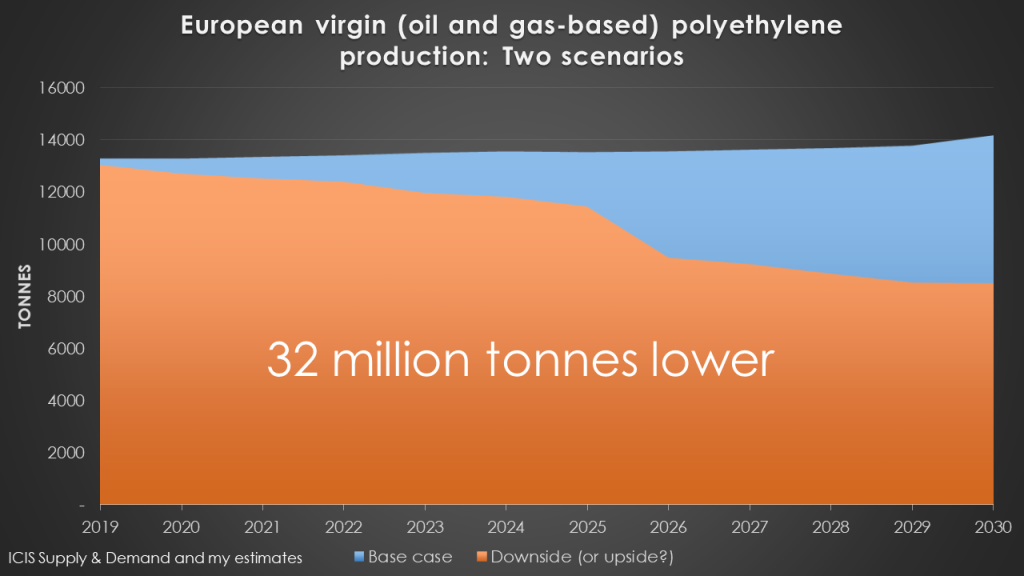 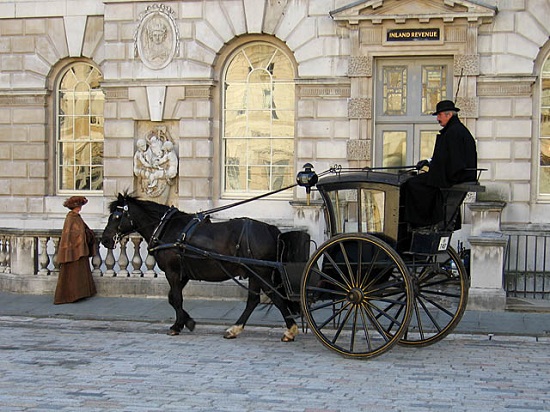 IF YOU had conducted a snap survey of horse and cart manufacturers during New York’s Easter Parade in 1900, I am sure that hardly any of them would have foreseen that 12 years later their businesses would have all but disappeared.

Photos show that during the Easter Parade in 2011 automobiles had almost entirely replaced horses and carts, thereby solving the No1 problem that had faced New York and every other major city: Disposing of horse manure.

If you today conducted a similar survey amongst PE producers what would be the result? How many producers expect that in 12 years’ time, production via crude oil and natural gas will have collapsed as a result of the rise of recycled production?

This would actually be the best outcome. If PE producers make a major push into recycled polymers as raw materials demand will be protected.

The alternative is that PE producers fail to make an insufficient shift into recycling. The general public might then push the legislators, the brand owners and the retailers to use other materials that replace PE in its biggest end-use market – single-use packaging. These materials include aluminium and paper where global recycling rates are already at 50% – far higher than in PE.

Virgin PE production: The case against the next horse and cart

It is easy to come up with numerous reasons why it might be economically and technically impossible to boost recycling of PE anywhere close to the 50% levels of aluminium and paper.

Right now, for example, the scrap PE value chain in Europe is very under-developed. The suppliers of scrap PE are unable to provide the quantity and quality of raw material to enable big growth in recycling.

Then there is the good, the bad and the ugly argument over end-use applications. Some PE single-use applications are undoubtedly so good that their net environmental benefit might outweigh the negative footprint of PE finding its way into the world’s rivers and oceans.

Take LLDPE for food packaging as one example. Methane emissions from rotting food are the third biggest source of global methane emissions behind China and the US. If the barrier properties of LLDPE cannot be replicated by say aluminium then it could make sense on a net environmental basis to continue using LLDPE.

PE companies can come out fighting and make cases like this to preserve their licenses to produce. Educate the public, and thereby the lawmakers, the brand owners and the retailers and it could be possible to protect and grow market share in some end-use applications.

Or PE producers might be right to be sceptical about the durability of the public backlash against plastic waste. Michael Skapinker in this FT article considers whether the concerns over plastic rubbish will fade away. He cites the example of the only brief consumer pushback against buying cheap clothing online following the horrific Rana Plaza factory fire in Bangladesh in 2013 that claimed 1,200 lives.

The case for the horse and cart

But it would hardly be ethical for PE producers to take the cynical approach of assuming that public pressure will go away and that they can carry on with business as usual.

We are conducting an experiment with our environment the results of which are entirely unknown. What if we reach a tipping point where marine life starts dying out at a very rapid and un-reversible rate because of plastic pollution? There is also the potential toxicity of micro plastics in the food chain.

And I am of the firm belief that public opinion will not let up on the plastic waste crisis for two reasons:

Under my preferred scenario of a collapse in virgin PE production, I am assuming that the PE industry will build on initiatives such as The Alliance to End Plastic Waste.  Under the initiative, petchems and other companies last week pledged to donate $1 billion (880 million euros) to “minimise and manage plastic waste and promote solutions for used plastics”.

I also believe that the strength and durability of public opinion over pollution in general is nothing short of an existential threat to the petchems business that will prompt the right responses. These broader concerns include premature deaths from air pollution and climate change.

Impact on Europe – a case study

The chart at the beginning of this blog post shows our base case for European PE virgin resin production in the 12 years from 2019 until 2030 versus my guesstimate as to a downside. Or perhaps this is better described as an upside, as this alternative outcome would mean production processes adapting to avoid major demand destruction.

Our base case is business as usual. It assumes that recycled production as a percentage of total production rises from 7% to just 12%. My alternative outlook sees a jump from 7% to 40%. This would mean that by 2030, virgin production would total just 8.5m tonnes as opposed to 14m tonnes under our base case. Cumulatively over the 12 years, virgin PE production would be 32m tonnes lower.

If my alternative outcome is anywhere close to being right, only the most efficient crackers would be able to operate in any region – whether this is through improving the efficiency of existing crackers or scrap and build. Building new crackers to meet new demand would become harder to justify.

Efficiency would not just be measured in terms of today’s determinants of costs per tonne of production. Environmental measures such as net negative C02 emissions would also have to be built into cost models because of more legislation. This makes the new BASF cracker project in India, where it plans to source all of its electricity from renewable power generation, very interesting.

Recycling also represents a vast new area of wealth creation of PE producers through new production processes and through the re-design of end-use applications that would make PE easier to recycle.