Coronavirus: The new ten-point guide for the petrochemicals industry 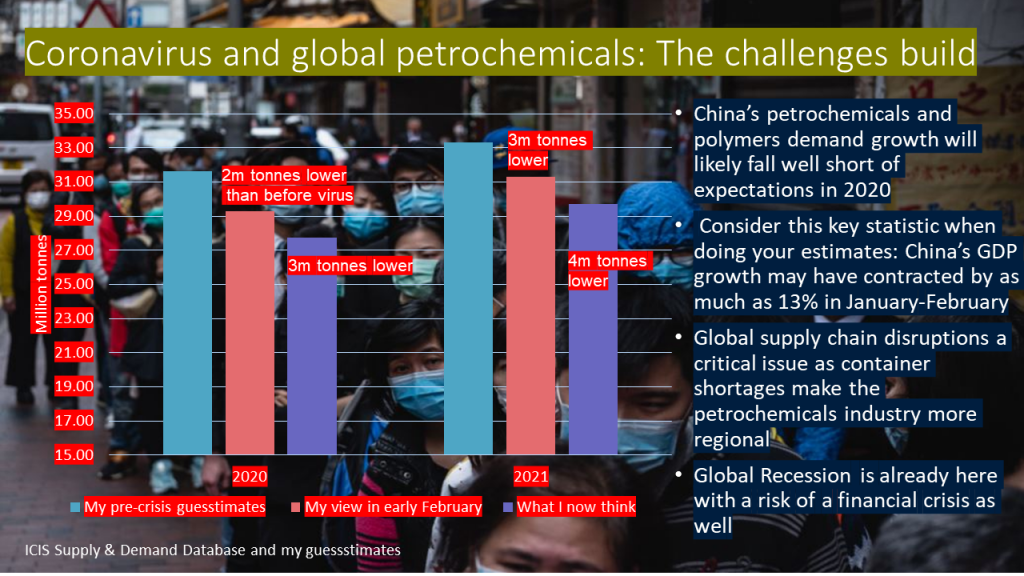 EARLIER THIS month I provided you with a ten-point guide for the impact of coronavirus on the petrochemicals industry. There have been many, many changes since then. Here is the latest version:

7.) Supply chain disruptions are going to get worse and worse until the global crisis is resolved. This will add              to volatility and uncertainty around pricing, margins, supply, demand and export and import                 flows.

We need to consider that:

10.)Nearly all the focus has been on the spread of the virus to the developed world. But not much attention has been paid to what would happen if the disease took real hold in very poor countries with poor healthcare systems. This could set emerging markets growth back several years – and thus  petrochemicals demand growth as it is the emerging markets that are the main driver of growth. Plus, there are any number of social and political problems that you can imagine if coronavirus were to get out control in say Africa.