Home Blogs Chemicals and the Economy China focuses on the need for jobs, as Western companies reshore production

China focuses on the need for jobs, as Western companies reshore production 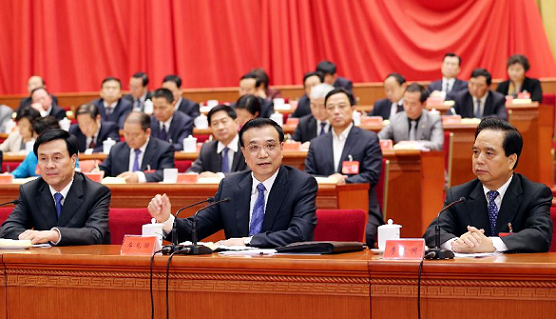 Its all about jobs.  That’s the clear message from this month’s critical Economic Plenum in China, confirming the blog’s analysis back in February 2012.

Of course, there was a lot of detail about future reform plans, which will certainly help to move the country’s economy in the right direction.  But in the short-term, the key issue is the collapse of export volumes, as the BabyBoomer-led SuperCycle ends and Western companies increasingly move production back home from China.  One in 6 UK manufacturers, for example, are currently reshoring, as it is now called.

This wasn’t meant to be the priority when China’s new leadership took charge in March.  They knew the country had been heading in the wrong direction – relying on exports and wasteful infrastructure spending to maintain growth.  They had also intensively prepared new policies that would deliver more sustainable growth, based on boosting domestic consumption for the vast majority of the population who earn less than $20/day.

The focus was going to be on the original insight of Deng Xiaoping during his famous Southern Tour in 1992.  Then he argued after the fall of the Berlin Wall that the Communist Party has to ensure that living standards continued to rise, if it wanted to remain in power:

‘Too much glasnost (openness) and not enough perestroika (economic reform)” was his analysis of why the Russian Communist Party had lost power.

But since coming to power, president Xi Jinping and premier Li have found they actually face a whole new set of problems, which could potentially derail all their plans.  Thus last month premier Li Keqiang began a major speech as follows:

“Since the newly elected government took office, we have encountered a complicated environment both in China and abroad. The world economy is sluggish, growth in developed economies declining, it is at best only around 1% and at worst there is negative growth. Several of the largest developing and emerging economies have grown no more than 2%, with only a few hitting nearly 5%. In 2010, we obtained two-digit growth, reaching 10.4%. However, in Q4 last year, because of multiple complexities, growth decreased to 7.8%, and it continued to fall to 7.7% in Q1 this year, and 7.5% in Q2.”

It is a remarkable speech from the premier of one of the world’s leading powers, lasting for 70 minutes.  The body language in the video is also very revealing.  Li’s is not a typical bureaucrat speech, but seems to come from the heart.  Unusually for a senior politician, he appears to be trying to explain things to his audience, rather than lecturing them, and uses simple language and anecdotes to make his points.

Near the beginning of the speech, for example, he describes at length a complaint received from a young graduate about the difficulties created by officials when he tried to establish a bookshop in social sciences.   He also speaks vividly about the credit crisis in June, when interest rates temporarily reached 28%, detailing the risks this created for economic stability in an inter-connected world.

The he goes on to talk of the importance of stimulating domestic demand, reminding his audience that China’s average GDP/capita is just $6000 and only $3000 in Western China (by comparison, the US is nearly 10 times wealthier at $51000).  But he stresses that existing over-capacity means these jobs should not just be in manufacturing, as in the past.  Instead they need to be in services, in areas such as “pension and health services”, as people can currently wait “30 or even 40 years” for a place in a state nursing home.

Equally, he gives vivid details of life for the 40 million people who still live in shanty towns, based on his personal visits.  He describes one such town, where “several hundred people shared one bathroom”, and people didn’t dare to burn coal at night for fear of carbon monoxide poisoning.  They instead “not only had to cover themselves with quilts, but also keep their daytime clothes on”.

He is also very revealing about China’s continuing dependence on exports, due to its need for jobs – saying 30m are employed directly, and 100m indirectly.  This leads him on to recognise that “a trade war has emerged.  Every country is trying to protect its own industries”.

He then goes on to spell out his two key targets for the economy:

In addition, there are targets for reducing environmental pollution and improving food safety, which he describes as being key enablers for “ensuring long-term, sustainable and healthy economic growth”.

But running through the speech is a sense of growing concern, for example:

“I want to emphasize that there are many risks and challenges on the road ahead, such as fiscal and financial risks, the irrational industrial structure, weak agricultural foundation, resources and environmental constraints, and weak technical innovation. Emerging economies are catching up with us and developed countries have advanced economies and technology. These two aspects are squeezing our economic development from two sides. It is not easy to maintain sustained and healthy economic growth. We must think of adversity in times of prosperity, become more aware of hidden risks, and prepare well for a complicated and difficult situation.”

Thus it is perhaps no surprise that he summarises the speech by repeating his oft-used metaphor about today’s task being the equivalent of “cutting one’s own wrist“:

“We are resolved to reform comprehensively and to promote it with the determination of a warrior cutting one’s own wrist. The reforms include disclosing our fiscal budget, cutting down public expenses, financial reforms including liberalizing interest rates, making loans more available for small and micro businesses and lowering costs. Of course reforms will intrude on vested interest. But since reform is aimed at the people’s interest, and there is no bigger interest than that of improving the lives of tens of millions of workers, so we must proceed without hesitation.”

There couldn’t be a more powerful reminder of the difficulties that China now faces.  Any company simply assuming that everything will work out as intended, is therefore taking an awful lot on trust.  As China Daily’s editor warns:

“Reform may not be a good thing for China’s many listed companies. It is certainly not going to be as comfortable a business environment as one under government protection and monopoly. This is because many of these companies belong to the sclerotic status quo and are ill-prepared for change.  Virtually all manufacturing-centered companies fall into this category because, until now, they have depended on government-regulated prices for energy, resources and utilities.”