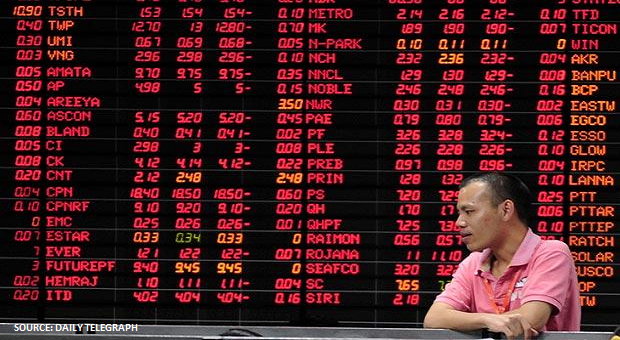 The blog used the metaphor of a hurricane in 2007-8 to describe the likely impact of the looming financial crisis.

Thus in July 2007, it discussed the potential for a “global hurricane” to develop.  And it repeated this metaphor as the crisis built, until writing in September 2008 that “the financial hurricane had arrived in New York” with the collapse of Lehman and Merrill Lynch.  As we know to our cost today, policymakers refused to listen such warnings then.

They remain deaf now, and so are doing nothing to avert today’s growing risk of a financial earthquake, as China’s new policies begin to take effect.  The key problem today is therefore two-fold:

There is little more to be said about the first point.  If you want to believe that the earth is flat, you won’t look at evidence that proves you wrong.  But the second issue is equally important.  If investors woke up to the China issue, then they would force policymakers to understand – as do China’s new leaders – that demographics is a key driver.

Earthquakes are scary things.  But like hurricanes, they usually give warning of their arrival.  And last week, the world felt the first tremors:

These are the first tremors.  More will clearly follow, if chemical market performance is any guide.  And it is usually an excellent leading indicator.  Some random ICIS news headlines on Friday give the picture:

Only the US is still confident.  This is understandable, as local demand is increasing due to companies reshoring production from Asia and other emerging markets.  Most strikingly Foxconn, which dominates electronics manufacture in China, is now planning its first factory in the US.  But this creates the second issue.

Confidence over the US outlook is thus blinding companies and investors to the scale of China’s changes.  Many even believe the tremors are only being caused by the Federal Reserve’s proposed ‘taper’ of its lending programme.  This could prove a costly mistake, as in reality they foreshadow an economic earthquake.  The sums of money involved are not $10bn, but $10tn.

The Fed’s proposed $10bn/month reduction is trivial by comparison with the policy changes being made by China’s new leaders.  They know that much of the $10tn lending since 2009 will never earn an economic return.  And without an economic return, the debt can never be repaid.  So they are reducing the flow of new credit as fast as they can.  Anyone who depends on that flow of credit, directly or indirectly, will find themselves in deep trouble as a result.

Please take note of the earthquake tremors now, if you haven’t already.  The blog continues to fear that this could all get very scary indeed before too long.

Benchmark price movements since January 2013 with ICIS pricing comments are below:
PTA China, down 19%. “Demand has eased with the approach of the Chinese Lunar New Year holiday”
Brent crude oil, down 4%
Naphtha Europe, down 1%. “A rise in propane prices has boosted buying interest for naphtha”
Benzene, Europe, down 1%. “A sharp decline early in the week due to limited activity”
HDPE US export, up 14%. “Traders said there is not a lot of interest in material at the higher price levels”
US$: yen, up 16%
S&P 500 stock market index, up 22%

PREVIOUS POST The Deng, Jiang model for China's economic growth under Xi
NEXT POST A day in the life of an "activist" fund