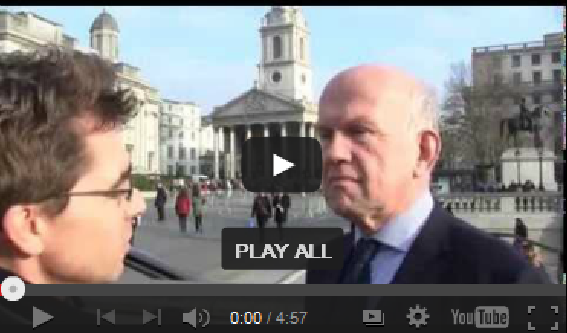 There seems almost no need to publish a forecast for 2014.  Policymakers have toured the TV studios to confirm that this is finally the year of recovery.  They admit it may have taken nearly 5 years longer than first expected, and that there have been numerous ‘false dawns’ on the way.  But now, they are certain that the US, Europe, China and the global economy are all moving forward in a powerful synchronised recovery.

Investors certainly believe them, as the blog notes in its annual New Year Outlook for ICIS Chemical Business.  And of course this Recovery Scenario may indeed finally come true in 2014.   But the blog was clearly right to be cautious back in its 2009 Outlook, when policymakers and the mainstream media were similarly confident.  It suggested then that CEO’s, whilst “keeping faith in the future” needed to ask themselves:

“One key question.  ‘Is your business robust enough to survive an extended period of low volumes and margins, against a background of tight credit markets, and continuing volatility in oil and currency markets?”’

As we enter 2014, the blog worries that we are in fact approaching a T-junction, as described by PIMCO, who manage $2tn of assets and who cannot be simply dismissed as a lunatic fringe:

“Where markets realise that the policy Kings/Queens have no clothes… and that monetary and fiscal policies cannot produce the real growth that markets are priced for”.   This concern leads PIMCO to the sombre conclusion that “global economies and their artificially priced markets are increasingly at risk”.

The Demographic Scenario seems to make much more sense.  It is clearly hard to imagine an economy without people.  And the Scenario also explains the economic developments of the past 50 years in a simple and common-sense fashion.  It does not require us to believe that central bankers have somehow become ‘Masters of the Universe’, able to change people’s entire behaviour via the simple manipulation of monetary policy.

The auto industry provides a vivid example of the challenges posed for company Boards under the Demographic Scenario.  What happens if people’s need for mobility is no longer focused on car ownership and, for example:

Boards may naturally want to believe that this time the Recovery Scenario will deliver on its promise. But today’s VUCA world may well continue to upset conventional wisdom. Those who have prepared in advance for the Demographic Scenario will then prove to be the winners.