Home Blogs Chemicals and the Economy The Deng, Jiang model for China’s economic growth under Xi

The Deng, Jiang model for China’s economic growth under Xi 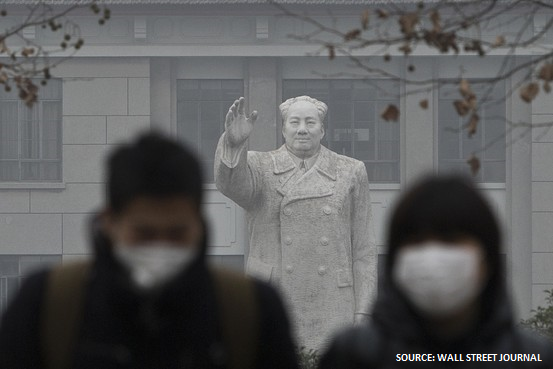 Major change is already underway in China, with potentially enormous implications for all of us.

It is impossible to underestimate the scale of the changes now underway.  Just as under Deng and Jiang, they are being led from the top by a new leadership group headed by Xi himself.  Its key focus is on the “economy and ecology“, highlighting the economic and political crisis that developed during the “lost decade“.

Equally, as the blog has detailed this week, these challenges clearly mirror those faced by Jiang and Zhu in 1993, and by Deng and Zhao in the post-Mao period after 1977:

Politics
Today’s challenge is not to restore order after the chaos of the Gang of Four, or after Tiananmen Square.  Instead it is to head off an existential crisis over pollution, coupled with demographic decline.  The Party’s main think-tank, China’s Academy of Social Sciences, has thus headlined the “shrinking demographic dividend, overcapacity, choking pollution, risks from the property sector and local government debt“ as key threats to be tackled immediately.

Financial
Bankruptcy was the key economic challenge facing Deng in 1977.  Whilst as the World Bank noted, the major risk in 1993 was that “China could have lost economic control and landed in a Latin American-style inflationary spiral”.

This time, as a major World Bank report with China’s National Reform and Development Commission has warned:

“China’s growth is in danger of decelerating rapidly and without much warning. That is what has occurred with other highflying developing countries, such as Brazil and Mexico, once they reached a certain income level, a phenomenon that economists call the ‘middle-income trap’.”

This comprehensive Report was issued to coincide with the 5-yearly Party conference in March 2012 and highlighted 5 key risks:

“The end of export market growth; wasteful infrastructure investment; the need to boost personal consumption via higher wages (which has the downside of reducing profit margins and job creation); managing the transition to a new economic model; and the threat of hitting ‘the middle income trap’ described by Nobel Prize winner Sir Arthur Lewis”

Xi and Li follow the Deng/Jiang model
In response, it is clear that the new leadership is closely following the successful strategies developed by Deng and Jiang in response to similar crises:

What does this mean for the outside world?
The years after 1977 and 1993 were stormy periods in China’s history.  The period to 2020 is unlikely to be different, and there are no guarantees that the new leadership’s policies will succeed.  But it is already possible to identify some of the likely major impacts on the global economy:

Readers will no doubt have their own insights into the impact of these changes on their own businesses and personal lives.  But one thing is very clear.  China not only has to go down this path, as we described in chapter 6 of ‘Boom, Gloom and the New Normal’ in November 2011.  But its leaders now clearly recognise that they have to change policy with great urgency.

The blog always feared that the recent boom would turn out to be another of the ‘boom and bust’ cycles that have characterised the post-Mao period.  No sane person would ever want to go back to the days of the Great Leap forward and the Cultural Revolution.  It therefore hopes that Xi and Li will not only manage to overcome the current crisis, but also succeed in establishing a more sustainable future for the country.