From Jiang to Hu and the lost decade 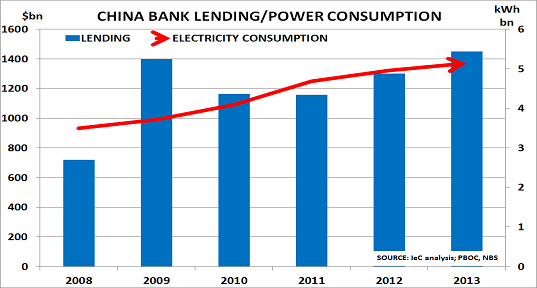 President Jiang Zemin inherited a difficult economic and political situation when taking power in 1993, as did Deng in 1977 and  current president Xi last year.  Jiang had to set in motion China’s second economic cycle of the post-Mao era, or risk seeing the country fall back into poverty and the political turmoil of another Cultural Revolution.

“Former President Hu Jintao and Premier Wen Jiabao ruled China from 2002 until late 2012 …and have been accused by powerful Party figures of overseeing a “lost decade” of missed opportunities to put the country on a more sustainable path.  Time is running out for the old Chinese model, based as it is on credit-fuelled property and infrastructure investment, and highly polluting low-cost manufacturing.”

If Xi does not move today, he will lose all the momentum that he has painstakingly built up over the past year.  Essentially,  it is ‘now or never’ for Xi and Li to act.  The playbook they have followed till now is modelled on that developed earlier by Deng and Jiang, suggesting they understand what they have to do.

1993 – 2012, Jiang Zemin’s era, and its aftermath
Jiang took over as president from Yang Shangkun in 1993, having been General Secretary of the Chinese Communist Party since 1989.  Like Deng, he was not impressed by ideas of democracy or political liberalisation.

His first move, after appointing Deng’s protégé Zhu Rongji as central bank governor, was to follow Deng’s 1980 policy initiative and call in the World Bank for advice.  The reason was simple, as Zhu said when welcoming the World Bank team, “Foreign monks know more than local monks“.

This Dalian conference of June 1993 set out the economic programme to be adopted, with the aim of bringing China back from the abyss, and formalising Deng’s earlier dictum of the ‘socialist market economy’.  The aim was simple – to keep the Communist Party in power by providing the population with increasing living standards.

Jiang inherited a number of major economic problems, as the opening up of the economy had provided wonderful opportunities for corruption to flourish.  The privileges of the Special Economic Zones such as Shenzhen were being increasingly abused by corrupt leaders able to buy products and services at advantageous prices for their own personal profit.  Economic disaster, in turn, was leading Party hardliners to demand a return to the ‘old ways’.

Zhu’s first objective was to resolve the enormous debts that had been built up by the powerful State Owned Enterprises as a side effect of the economic liberalisation.  At the same time, he implemented extremely tight policies to bring China’s chaotic financial markets back under control.  Asset prices had been allowed to rise out of control whilst corruption had flourished.

His policies led to a decade where China achieved double-digit economic growth, whilst tackling major problems of bad loans in the banking system and rising unemployment.  Jiang/Zhu maintained Deng’s control over the army and his focus on raising living standards and personal consumption, and aimed to tackle the power of the SOEs via large-scale privatisations.

Equally, Deng’s policy of opening to the outside world was maintained.  This encouraged the emergence of a strong export sector, which helped to support the economy through the Asian financial crisis and led finally to China’s entry into the World Trade Organisation in 2001.

The ‘Lost Decade’ under Hu and Wen from 2003-2013
However, just as with Deng’s period, these early successes were not maintained once Jiang and Zhu left power in 2003.  New president Hu and premier Wen instead focused on the easy option of developing China’s role, post-WTO entry, of being the ‘manufacturing capital of the world’.  The SOEs were able to regain powerful positions in major industry sectors, whilst corruption again flourished.

Then in 2008, just as in 1989, crisis intervened.  Once again it was both economic and political in nature.  The global financial Crisis sharply exposed China’s economic dependence on export orders, as personal consumption had actually declined since 2000 as a proportion of the economy.  And so when orders disappeared in Q4 2008, 26 million people lost their jobs.  Hu and Wen thus felt driven to replace this lost growth with a massive lending stimulus, as shown in the above chart.

It is fair to say that no country in history has ever undertaken such a policy on such a scale:

Now, as in 1977 and 1993, it looks as though the new leadership will have to pick up the pieces.  As the blog described in November 2012, it is clear that the return of Jiang to a more active role was the prime cause of the changes that are now underway.  The attack on corruption is a carbon copy of his earlier policy, as was the decision to bring in the World Bank for policy advice.  Clearly, too, the trial of such a prominent and well-connected figure such as Bo Xilai could never have taken place without Jiang’s support.

Tomorrow’s post will therefore draw out these parallels, with the aim of highlighting the key developments that we should expect the new leadership to implement with speed.  It will be a very bumpy ride, but Xi and Li know that the alternative of ‘kicking the can down the road’ would risk leading to disaster.