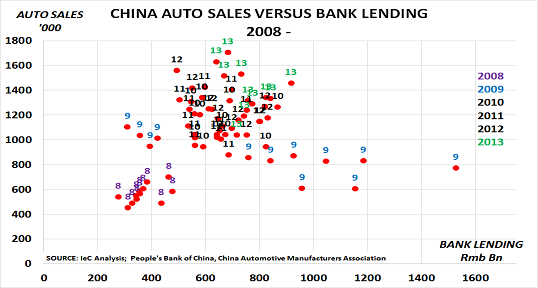 Imagine for a moment that you had become president or premier of China following the leadership transition in March.  You know that the country’s economic model has to change.  But you also know that you have to carefully develop your powerbase, whilst also putting in place new policies.

Probably you would take things cautiously at first, particularly as you have a major economic policy conference due in November.  You would take charge of as many power centres as possible, as quickly as possible, including the army.  And you would make sure the conference voted unanimously for your reforms.

This indeed seems to be the playbook that president Xi and premier Li have followed.   Now comes the hard part, making the necessary reforms.  And Li has already given a vivid description of their likely impact to warn people:

Plus we also have as guidance the famous phrase from Xi’s father in 1978, when he set about reforming the Chinese system under Deng after Mao’s death:

“To develop, we have to change.  We have to do it even if we have to lose our lives.  Comrades, let us work hard”.

The chart above shows one of the major changes they have to achieve.  The key issue is the way China has become totally dependent on bank lending to boost its economy since the boom years began in 1999.  As the People’s Bank of China noted as long ago as March 2009:

“By the end of 2007, outstanding consumer loans reached RMB 3.28tn ($480bn), an increase of RMB 3.14tn over the level at the end of 1999, representing an average year-on-year growth rate of 48% over the period. Meanwhile, as corporate direct financing gained in importance and household incomes rose, consumer loans became an increasingly important asset class”

But this was nothing compared to the lending bubble inflated after the financial Crisis of Q4 2008.  A panic-stricken leadership increased total bank lending by 148% in 2009, as it tried to preserve jobs whilst faced with the loss of Western export markets.  And although lending slowed again between 2010-11 as Western central banks went on their own lending binge, it then rose again as the leadership transition took place between Q2 2012-Q3 2013.

The chart highlights how auto sales (y-axis) have thus become dependent on bank lending (x-axis) since 2008:

Now it looks as though Xi and Li have decided to put the rhetoric into action.  The Bank of China has doubled short-term interest rates to 9% over the past week, whilst the Bank’s head has made it clear this is no accident:

“Zhou Xiaochuan, the head of China’s central bank, has on various occasions reminded the financial sector about the importance of serving the real economy rather than becoming an isolated money churning machine pumping up a virtual economy.”

Nobody outside the leadership knows what they plan to do next.  But the 1993 leadership transition may provide some clues.  Property prices dropped 40% in a year, as president Jiang Zemin and premier Zhu Rongji initiated a major credit crackdown to curb speculation.  Auto loans didn’t matter then.  But if the same squeeze happens now, they would also be an obvious target for major lending cutbacks.

Companies can’t claim this would be a surprise, as they have had nearly 2 years since March 2012 to prepare themselves for a repeat performance.  And something major may well be about to happen, as president Xi has recently undertaken an urgent round of briefing foreign leaders – something quite unprecedented in recent times.

In their place, would you do anything different?

PREVIOUS POST "2 Steps and Then a Stumble", as the Fed starts to taper
NEXT POST German New Olders have cash to spend, but few companies bother with their needs