Rate of recovery hugely reliant on effectiveness of government policies 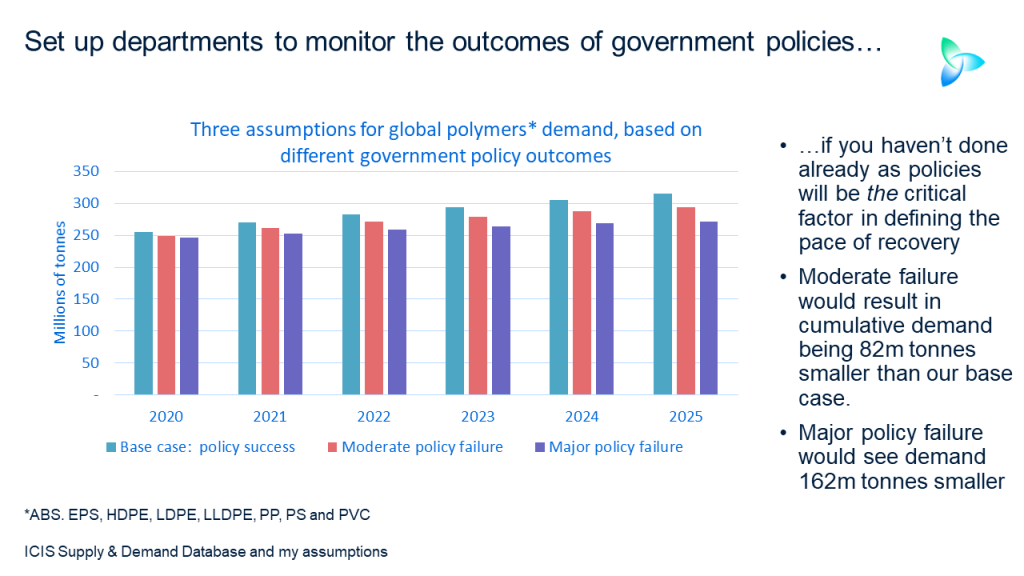 UNLESS MORE action is taken by developed countries to help counter the impact of the pandemic in developing countries, we could see a bifurcated world. The developing world might suffer a lost generation of growth as the developed world fully recovers.

But this, in my view, is a highly unlikely scenario. Failure to prevent a lost generation of growth would create myriad problems for the developed world, including an increased flow or refugees. Also consider the potential for geopolitical unrest and the loss of exports to once booming growth markets in Africa, Latin and Central America, Asia-Pacific and the Middle East. There is a risk of the interruption of oil, gas and other raw materials supply to the developed from the developing world.

Not all developing countries are the same, of course. Some are better off than others and therefore more able to shape their own economic future with less or no outside support.

We also need to evaluate the effectiveness of government policies in the developed world that are targeted at their own economies.  Can political compromises be crafted that produce the right policy solutions? How effective will policies be as they evolve from providing emergency support to creating jobs in new growth industries in the post-pandemic world?

On this latter point, we must evaluate how successful the EU, the US, the UK, Canada, Japan and South Korea etc will be in creating new jobs versus China. China’s state-led model (similar to the models employed by Japan, South Korea and Singapore as they developed) could “crowd out” developed countries from new industries such as recycling. This has already happened in renewable energy and telecoms.

The US-China trade war is a product of this crowding out. Even if Joe Biden were to win the presidential election and end the trade war against China, there is still the bipartisan consensus that the US is economically and geopolitically under threat from China. While the trade war might end, a US-China technology conflict may continue as a new cold war develops.

In a post-pandemic world where creative destruction seems inevitable (I don’t believe that, for instance, we will ever fly as much again), tensions between the developed world in general and China could build. What if the EU’s New Green Deal fails to deliver enough new jobs and this is blamed on China’s dominance of the global renewable energy, battery, autonomous driving and recycling industries?

This complexity of potential outcomes can be distilled into one very simple message: the effectiveness of government policy will largely set the pace of economic recovery, and with it, the recovery in petrochemicals markets.

This is why I will be following up from this introductory blog post with a series of posts, country by country, on government policies and scenarios for their impact on the petrochemicals industry. The posts will also delve into policies specifically designed to benefit our industry.

But let us first consider some the headline challenges confronting governments.

Three solutions to a “tepid response”

“The International Monetary Fund (IMF) predicts Africa will suffer its worst recession since the 1970s. For the first time since the 1990s, extreme poverty will increase,” wrote Sir Mark Lowcock, the UN’s undersecretary general for humanitarian affairs, in this article from The Guardian.

“The annual death toll from HIV, tuberculosis and malaria is set to double. We also fear a near doubling in the number of people facing starvation. Many girls out of school will never go back. Life expectancy will fall,” he added.

It was hard to find one policymaker who contested these outcomes, which Sir Mark said made the tepid international response to the crisis hard to understand.

He recommended these three solutions:

You may disagree with these proposals. But whatever the solutions to the crisis in the developing world, we need to move quickly. Some people might argue that developing countries should fend for themselves. You could apply this logic to low-paid workers in the developed world and yet the overall economic benefits of the support they have been given are clear. In the petrochemicals space, this support has been crucial in avoiding the scale of declines in polyethylene demand that we saw during the Global Financial Crisis.

Adapting policies for the developed world

“Job retention schemes, such as short-time work programmes or wage subsidies, are effective in preserving existing jobs but may hinder desirable post-crisis adjustments across sectors, especially if the recovery is slower than expected,” wrote the OECD in its interim economic outlook for September.

The OECD recommended that over time, its members should focus support on companies that are viable. But it said that timing was everything. Benefits for companies in struggling industries had to be gradually phased out as new jobs were created. Getting the timing exactly right is going to be very difficult.

Additional investments in employment services to help jobseekers find jobs were recommended by the OECD. More funding of vocational training, childcare and relocation costs were among the other proposed measures.

But how is this going to be paid for? This is the 10,000lb gorilla sitting in the corner of the room. If you predict a crisis long enough, one is bound to eventually happen. Ever since 2008, when interest rates were dramatically reduced to counter the effects of the Global Financial Crisis, some people, including me, have been predicting that the easy money would have to stop.

But inflation remains at historically low levels. If this continues developed-country governments may be able to afford to keep kicking the can down the road by adding to their already big budget deficits. Rising food price inflation is a threat, though, the result not of a shortage of food but rather problems in the distribution of food. This could also be the equivalent of a “giant iceberg” beneath the surface of financial markets that triggers another financial crisis.

Another problem is politics. Retailoring stimulus schemes in exactly the right way will involve a lot of backroom dealing. To what extent will the compromises necessary to get deals over the line make policies ineffective? And in the US right now, both sides cannot reach any kind of deal on a new stimulus programme. The chances of a deal before the November election look slim because of the controversy over the replacement of Justice Ruth Bader Ginsberg in the Supreme Court. The extremely partisan nature of US politics is a long-term threat to effective policymaking.

Now take a look at the chart at the beginning of this blog post, which is again for demonstration purposes only and does not represent properly built scenarios. Using my usual eight polymers (ABS, EPS, HDPE, LDPE, LLDPE, PP, PS and PVC), I present three outcomes for global demand in 2020-2025 based on government policy success, moderate failure and major failure. The outcomes are as follows:

Petrochemicals companies need to set up departments to monitor the effectiveness of government policies if they haven’t done so already. So much will depend on the strength of their analysis in this critical area from sales targets to profit guidance and short-term operating decisions all the way through to decisions on new projects. If companies don’t do this they will be largely shooting in the dark as they try to understand the impact of the pandemic on consumption.