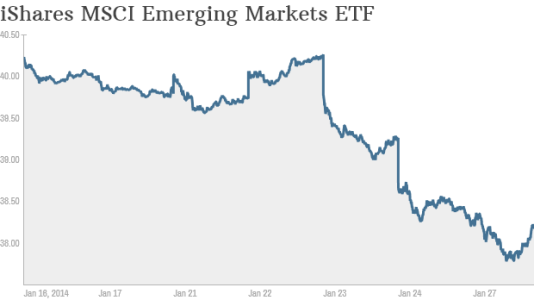 HISTORIANS will end up concluding that falling emerging market currencies and stock markets – the prelude to what could be a full-blown crisis –  is really about China and not about the US Federal Reserve. The Fed is just a sideshow to the main event of what is going to drive not just emerging markets, but also the  global economy, over the next few years.

Why? Because China has spent far more on stimulating its economy since 2009 than the Fed – in fact, crunching the data  a little further, when you add shadow lending, it has raised total credit from $1 trillion in that year to $10 trillion in 2013. This compares with Fed spending since 2009 of $2 trillion on Treasury Bonds and $1.5 trillion on Mortgage Bonds.

The blog’s colleague, Paul Hodges, in a new Research Note, provides a detailed description of why the when has become the now. Major economic reform is underway in China, involving a drawdown in this credit. What does this mean for the global economy?

Paul, in the Research Note, reaches seven conclusions, which we entirely we agree with. They are: