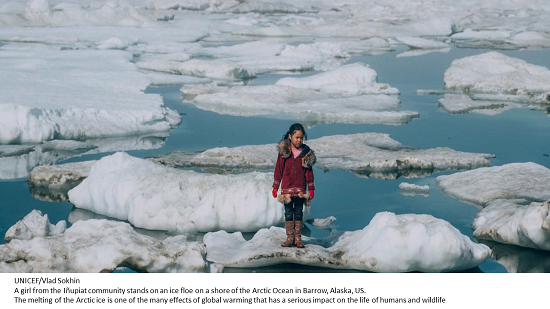 The rest lay with the state-owned energy giants who were under far less pressure from the environmental lobby because they could largely fund themselves through state revenues, he added.

What applies to energy applies downstream in petrochemicals. The rise of companies such as Sinopec and PetroChina over the last 20 years has pushed capacity and production controlled by developed world producers into the shade.

Bordoff suggested that we could see a bifurcated world of increasing developed world compliance on emissions as the developing world continued to conduct business in the old way. This was a risk I highlighted up earlier this month.

He also provided a refreshingly realistic perspective on the short-to-medium-term outlook for oil markets – perhaps even the long-term outlook- if we do not get our environmental act together.

Breakthrough technologies by themselves would not be sufficient to enable the International Oil Companies (IOCs) to meet their new tougher emissions, leading to another round of divestments, he said.

He argued that insufficient action had been taken to stem the growth in oil demand. Hear, hear. Supply must come from somewhere to meet booming demand in poorer countries, as is also the case in petrochemicals.

So, what are the solutions?

We need a global price on carbon

More than 60% of countries had some type of net-zero goal as did more than 20% of the largest 2,000 publicly listed companies, said Bordoff.

But his core point was that unless adequate measures were taken to wean people of dependence on oil, the targets would not be met.

His route to success was carbon taxes and credits – mandates and incentives that provided enough funds to meet emissions targets. I agree.

The author was not suggesting that the extra investor pressure recently exerted on ExxonMobil, Shell and Chevron wasn’t a good thing.

Shell has been forced by a Dutch court to more aggressively cut carbon emissions than it had planned following a case brought by environmentalists. Three environmental active investors have won places on the ExxonMobil board. Chevron investors voted for deeper and more rapid cuts in emissions than the company had proposed

Bordoff argued that along with continued environmental pressure on the energy producers, measures should also be introduced to curb consumption. This would ideally result in both the IOCS and the NOCs equally focusing on emissions reductions.

Carbon taxes and credits are the best of reducing demand while providing the financing necessary for the energy transition.

The great news was that the IOCS and NOCs had the capital budgets, engineering expertise and project management expertise to achieve the transition, said Bordoff.

Huge global funds need to be raised to meet the cost of the energy transition and a worldwide price on carbon seems to be the only way of raising money on this scale. When I say huge this is not hyperbole because as Bordoff also wrote:

Supply-chain shortages caused by the pandemic had added to the cost of the energy transition, said The Economist in this article.  This was a major concern given that only 10% of the transition to sustainable energy had been achieved, added the magazine.

“We calculate that the price of a basket of five minerals used in electric cars and power grids has soared by 139% in the past year. Timber mafias are roaming Ecuadorean forests to find balsa wood used in wind-turbine blades,” wrote The Economist.

The shortages extended to finance with valuations stretched into bubble territory. Some financiers feared that supply shortages could eventually fuel higher inflation, the magazine continued.

If we were to stay on course for net-zero emissions, annual production of electric vehicles needed to be ten times higher by 2030 than last year and the number of roadside charging stations 31 times greater, The Economist calculated.

There is little environmental benefit in owning an electric car in a country such as my home country, Australia, as, despite an oversupply of sun, we generate most of our power from coal. The Economist said that global investments in renewable power would need to increase by 300%.

Global mining firms would have to raise the annual production of critical minerals by 500%. As much as 2% of US land would have to be covered in turbines and solar panels, said the magazine.

The total bill for the energy transition was estimated by The Economist at some $35tr over the next decade, equivalent to a third of the global fund-management industry’s assets today.

Owning up to complexity is not the same as pessimism

Achieving a global price on carbon would be extremely difficult, for reasons I will explore in a later post.

Perhaps you might think that carbon pricing and tariffs are anyway not the way to go. Please email me with your alternative solutions at john.richardson@icis.com.

Or you may think that mainstream climate science is wrong, and we don’t need to worry about the rise in greenhouse gases.

Personally, I trust conventional climate science and believe this is nothing short of an existential challenge that we, as a petrochemical industry, must rise to.

We can do this. But as these few thoughts have illustrated, the solutions will be complex and difficult to achieve. Highlighting the difficulties and complexities is not pessimism. It is instead realism.

Free markets are not the only solution. We cannot resolve this level complexity with only the help of Adam Smith’s “invisible hand”.