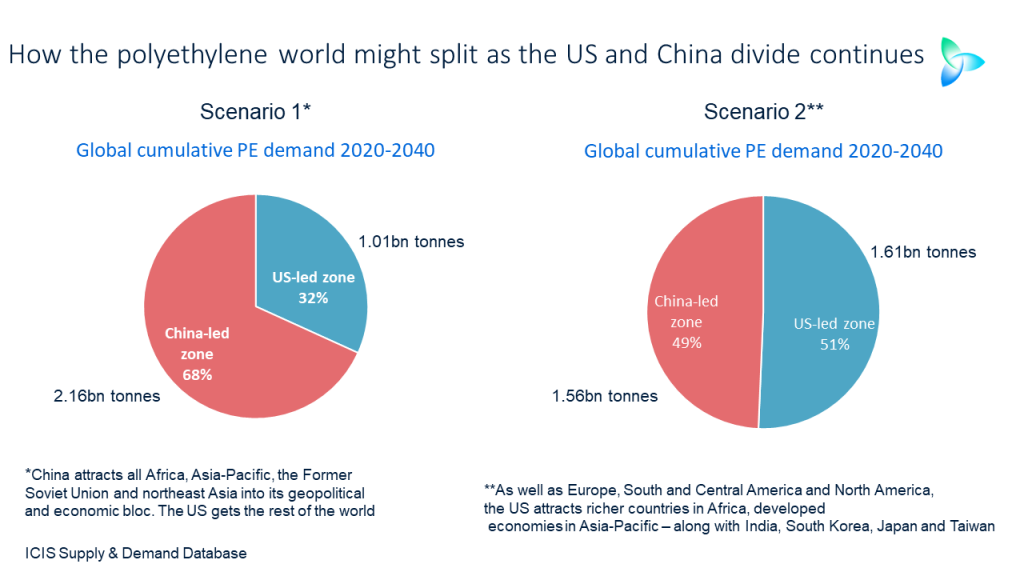 CHINA’S Belt & Road Initiative (BRI) is alive and kicking and will, in my view, go from strength to strength as it radically reshapes the global economy, China’s geopolitical relationship with the US and global petrochemical trade flows and investments.

Why it is alive and kicking? Because China has no other choice. It must make the BRI work to compensate for its ageing population and its lack of hydrocarbons and other basic raw materials. And why will the BRI be successful? Because China has a proven historical track record in successfully transforming its economy.

What has triggered this post was an article in last week’s Financial Times, quoting researchers at Boston University, which said that overseas lending by the China Development Bank and the Export-Import Bank of China had collapsed from a peak of $75bn in 2016 to $4bn last year.

The article, quoting China experts, went on to argue that rising bad debts overseas – and the “dual circulation” policy of focusing more heavily on domestic growth – suggested a long-term decline in the BRI.

China’s domestic spending as a proportion of GDP is around 39% whereas investment is almost twice this number, according to Caixin. The Chinese news and analysis service added that China’s local spending was far below the world average with investment way too high.

Michael Pettis, professor of finance at Peking University, has long argued – and I agree – that a lot of China’s domestic investment is wasteful as too much money has been poured into real estate and industrial capacity. This has led to the constant systemic risk of the real estate bubble bursting. Many industries, including petrochemicals, are burdened with overcapacity.

Raising domestic spending will hinge on reforming the hukou system which denies migrants from the countryside to the cities access to healthcare and other benefits.  A lot more investment in rural China is also essential if China is to close a big rural/urban income gap.

And here is a telling statistic from Li Keqiang, China’s premier: 600m of China’s 1.4m population live on a monthly income of just yuan (CNY) 1,000 (US$146). Even accounting for purchasing power parity, this is extremely low.

One might therefore argue that China can ill afford to spend more money overseas when it faces these domestic challenges, especially given the uphill battle it could face to raise domestic spending because of its ageing population. Read the important 2019 study from The American Enterprise Institute that details the severity of the demographic crisis confronting China.

I disagree. Let me explain why.

Chinese-owned textile and garment factories have moved overseas, to countries with much more competitive labour costs such as Bangladesh and Vietnam. These relocations have been supported – and will in my view continue to be supported – by Chinese infrastructure investments in those very countries, which are both members of the BRI.

Most of the rest of the developing world is also in the BRI.  By March 2020, 138 countries had joined the BRI by signing memorandums of understanding with China. The BRI accounts for some 40% of global GDP and 65% of the world’s population.

Pettis argues that China needs to transfer 10-15% of GDP from the big, heavily export-focused companies to domestic workers if it is going to successfully rebalance its economy.

But it is never a good idea to throw the baby out with the bathwater. As this transition takes place, China will need to cushion the impact on exporters by supporting further relocations of capacity overseas.

The issue of hydrocarbon and other basic raw material security also needs to be considered. Unlike the US, China has no chance of becoming oil and gas independent. It must instead ensure that it can buy enough oil and gas, and the right prices. All the Middle East is in the BRI.

The win-win here, which I’ve been describing for several years, remains unchanged: China gets oil and gas at very competitive prices from a country such as Iran and in turn invests in Iran’s under-invested oil and gas, refining and also petrochemicals sectors (China could also gain most of the petrochemical imports it needs, again at competitive prices, from its BRI partners).

A country such as Iran, which has a very youthful population and a high youth unemployment rate, can also benefit from relocation of low-value Chinese manufacturing to Iran.

China must and will not make a choice between boosting domestic consumption and investing overseas; success in raising local spending instead depends on a successful BRI.

I do agree, though, with the Financial Times suggestion that the drop in overseas loans by the China Development Bank and the Export-Import Bank of China was in response to increased tensions with the US.

“China has pulled back on some of its lending to try and avoid a restart of the trade war. But you must put this into the broader context. This is only temporary as the BRI is a multigenerational project that will define China’s future. It has to carry on,” said an Asia-based source with a global petrochemicals producer.

Note that my contact referred to a decline in “some lending”, which leads me onto my next section.

An article in The Diplomat magazine questioned the breadth of the Boston University lending analysis, quoted by the Financial Times.

“Data analytics that focus solely on policy bank lending through bilateral agreements miss the wider geoeconomic picture. China’s policy banking environment in central Asia is shifting, but the loan books of the future will be more heavily weighted to Chinese enterprises operating in host economies and host economy state-owned enterprises,” wrote the magazine.

The Diplomat added that loans not attached to a specific project with a geographic location were left out of the public data released on China’s 2019 overseas lending.

This overlooked multimillion-dollar projects issued for non-greenfield investments. On this basis, the article continued, total Chinese lending to central Asia was at $41bn in 2008-2019 rather than the $19.3bn which was apparent from the public data.

In line with my thinking, the same article in The Diplomat contended that overseas investments had to serve China’s “geoeconomic” purposes such as investments in low-end manufacturing and agriculture. Another reason why China must, I believe, press ahead with the BRI is to gain access to sufficient safe food sources as it combats its pollution crisis.

We also need to understand the importance of the BRI in the context of today’s very uncertain geopolitical environment. The BRI isn’t just about building bridges, roads, refineries and petrochemical plants overseas and relocating factories; it is also about attempting to build the world’s biggest trading zone as a hedge against its continued split with the US.

I believe we should think of the recently signed Regional Comprehensive Economic Partnership trade deal among 15 Asia-Pacific countries, including China, as essentially a part of the broader BRI initiative.

What this means for the petrochemicals business

I see the drift to a bipolar world continuing despite the imminent arrival of a new US president. Joe Biden’s administration will share many of the same objectives towards China as the outgoing Trump administration.

The US will continue to try and limit China’s access to high-value technology and counter the rise of its military. An important difference, though, will be that the Biden administration will pursue a bilateral approach in dealing with China.

In this context, it is necessary to re-examine one of my earlier charts (see the chart at the beginning of this blog post) and think through different scenarios for our industry.

As you can see, I have chosen two radically different outcomes for the split of global cumulative 2020-2040 polyethylene (PE) consumption.

Under Scenario 1, China attracts all of Africa, Asia-Pacific, the Former Soviet Union and northeast Asia ex-China into its geopolitical and economic bloc. The US gets the rest of the world. This would result in 68% – or 2.16bn – of global demand residing in the China-led zone.

Scenario 2 sees the US being much more successful. It attracts into its zone Europe, South and central America and North America, richer countries in Africa and developed economies in Asia-Pacific such as India, South Korea, Japan and Taiwan. This would leave the US with 1.61bn of global consumption, a 51% share of the global total.

I really do see events turning out as binary as this, and I can see no reason why the range of extreme outcomes won’t be the same across all other petrochemicals and polymers.

We are moving towards a world of two entirely different trading and geopolitical zones that will be largely independent of each of other. We should thus expect very limited petrochemicals trade flows between the two zones.

This, of course, matters hugely for where new investments should be located.

If the US achieves something like Scenario 2, the loss of the big Chinese import market would still be a big deal. But the US would be able to access other developing countries. This might make further steam cracker-to-derivatives investments in the US viable.

This again underlines my argument that geopolitical outcomes will be at least as important for the viability of future investments as feedstock, logistics and technology positions.

Putting it more directly, there might be no point in building a new cracker complex in the US, no matter what its feedstock cost position, because the complex would be behind insurmountable tariff barriers blocking exports to the developing world.

The above chart only assumes our base case for global PE demand in 2020-2040. A further layer of analysis is essential. Different scenarios for PE and all other petrochemicals growth are needed based on assumptions for the economic success of the US versus China zones.

Complicated? Yes, indeed it is. But it also extremely simple if we keep our focus on the four megatrends that will shape our industry over the next decade and more. Geopolitics, as I have just identified, is one of the megatrends with the other three being demographics, sustainability and the pandemic.

Every data point, every consumer trend and every government decision must, in my view, by assessed in the context of these four megatrends. For ongoing help in tracking the implications for your business, contact me at john.richardson@icis.com.