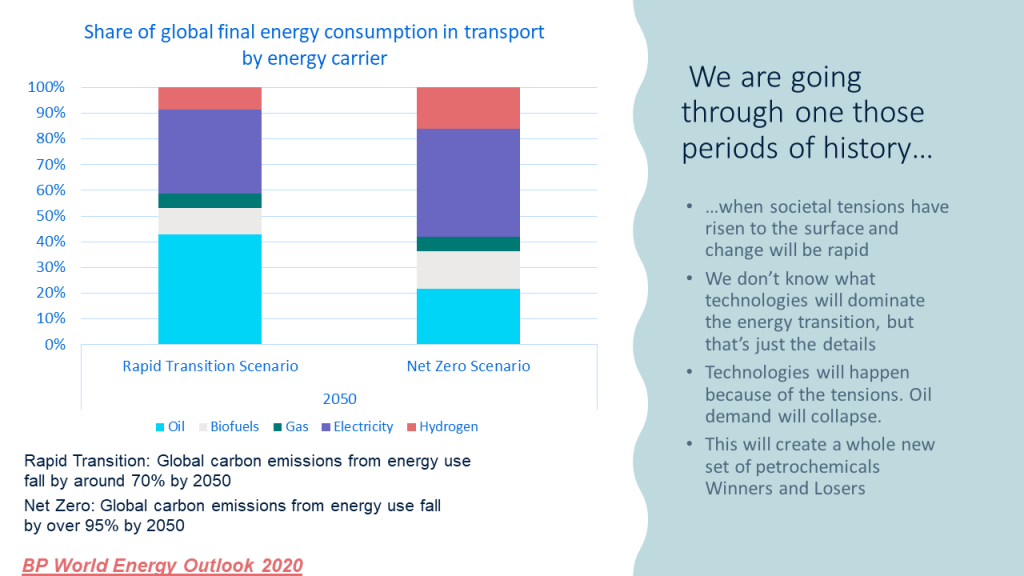 MOST OF the time historical events move at a snail’s pace. The metaphorical tectonic plates are still moving but they are invisible to most of us. Stress then suddenly overcomes friction, as with earthquakes, and events gallop ahead.

Take the Cold War as an example where both sides were locked in a series of proxy conflicts for decades until economic stress led to the fall of the Berlin Wall and the collapse of the Soviet Union.

Those who lived through the Cold War, including myself, didn’t feel at the time that history was boring. Many of us were terrified that the world would be blown up as events seemingly galloped ahead.

But, in retrospect, there was stability, although it must be noted that we only avoided the end of the world on several occasions thanks to nothing more than good luck. But the essential point was that both sides balanced one another out and kept events reassuringly dull and predictable.

Another example is the benign period post-1989, after the collapse of the Berlin Wall, when the uninterrupted march of globalisation meant that all a petrochemicals producer had to worry about was good technology, cheap feedstock and sound logistics. Plants could be built just about anywhere in the world to serve any market because trade barriers were constantly falling.

But faults were still there, grinding away beneath the surface. Income inequality was increasing because of technological advances and the growing influence of the financial sector. Outsourcing was destroying many traditional manufacturing jobs in the West. Social media created echo chambers for our prejudices as traditional fact-checked newspapers collapsed due to the rise of the internet.

Then, all of a sudden again, the faults rose to the surface in 2016 and we entered an era of what I believe is regionalisation, different in many very important respects from pure deglobalisation.

The same applies to the energy transition that is now underway, the subject of this blog post and my blog post last week.

Last week’s post triggered lots of debate on LinkedIn about electric batteries and whether their technology, affordability and usability would continue to advance to enable to energy transition.

There was one school of thought which held that problems such as energy retention and the difficulties in building charging stations in old European cities would permanently restrict the electrification of transportation. Ergo, it was assumed by some that oil had a sound long-term future.

While not wanting to repeat my distracting mistake last week of getting too much into the weeds of the argument over electric batteries, a counter view I’ve heard – and one that I buy into – is this:

“Limited ranges and deficiencies in charging infrastructure won’t be talked about in two to three years because of the pace of change,” said one of my contacts.

But let us get out of the weeds before they distract us again. My core argument is that because the tensions over climate change and air pollution have risen to the surface, technologies will be found to make the energy transition happen.

Perhaps, as the above chart from the BP Energy Outlook 2020 suggests, the energy transition will be achieved through a combination of electrification of transportation (both 100% electric vehicles and hybrids), biofuels and hydrogen.

Which technologies end up winning is obviously hugely important for the technology companies themselves, auto companies and investors. But to stress again, the detail is just the detail.

What we must, in my opinion, accept is that the energy transition will happen, and it will mean a collapse in demand for oil. The reason is the global consensus over human-made climate change and air pollution which emerged in 2015 – and, more recently, the opportunity to create lots of new green jobs in response to the pandemic.

We must think about what this means for the petrochemical industry.

Naphtha cracking will, for a while, make substantial gains over ethane cracking because of oil prices that will test all-time historic lows.

This might not happen this year if vaccine rollouts are successful and there are big upticks in domestic and international travel. But a rebound in oil prices, because of what has been called “revenge travel”, will of course only happen because oil dominates road transportation. This domination will disappear a lot quicker than conventional thinking suggests.

So, a temporary group of Winners will be the naphtha-based cracker operators that buy their raw materials – in other words, they are not integrated upstream into oil and/or refining. The big energy, refining and petrochemicals producers will clearly fall into the immediate Loser category because of weaker oil prices and the collapse of fuels demand.

Just to give a little context here, ethane cracker operators love it when oil prices are high as oil prices set the prices of olefins, aromatics and their derivatives. Ethane feedstock costs, which are not linked to the cost of oil, are always much lower than oil-driven naphtha costs.

The US, Middle East, European and southeast Asian (SEA) ethane cracking advantage over naphtha will therefore be much lower in the future than in the past. Note that there are very few ethane crackers in Europe and SEA whereas ethane dominates the US and the Middle East.

US and Middle East ethane crackers are located a long way from the major import markets of Asia and Europe. The further a cracker is away from major markets, the greater the future competitive disadvantage as carbon tariffs and/or credits, which penalise long distance transportation, are introduced.

A further disadvantage for US and Middle East ethane cracker players is that they are very often subsidiaries of oil producers or owned by governments.

But – and this is the essential BUT – the cost of carbon will soon radically reshape the landscape for both ethane and naphtha cracking operators. So will the cost of plastic waste.

I believe we are seeing the building of the last generation of conventional oil refineries and petrochemicals plants. Beyond 2030 at the latest, it will be impossible to build either in ways that we do today.

Each refinery or refinery-petrochemicals project will soon have to demonstrate it is carbon positive – i.e. it must contribute to reducing, rather than adding to, greenhouse gases. Existing complexes will also have to demonstrate the same to regulators.

I also believe that polymer producers will have to demonstrate to regulators that the pellets they produce do not finish life as plastic waste dumped in rivers and oceans. Pressure will also mount from the regulators and brand owners to make polymers from plastic waste – another reason why we are seeing the construction of the last generation of conventionally built petrochemicals complexes.

Don’t bury your heads in the sand

The temptation is to ignore the metaphorical earthquake, even as the building collapses around your head.

Outliers or iconoclasts have always had a hard time in companies because, when two people get together, politics happen. “Groupthink” also develops, leading people who know better to keep quiet about problems, especially when more senior people are present.

And for consultants like myself, the evergreen challenge is getting the message across in a palatable way whilst not making the message so digestible that it loses its essential flavour. How do you tell people the truth without upsetting them and damaging relationships?

None of us can afford to make these mistakes. We must not bury our heads in the sand. Those who keep their heads out of the sand will be the long-term Winners – the petrochemical companies that prepare for the cost of carbon and plastic waste by entirely reinventing themselves.

This is of course a great deal easier said than done. But I will help answer the “how” question in many posts over the next few years as technologies emerge.

We don’t know what many of the technologies will be yet, other than to say that digitalisation is likely to play a pivotal role. But as with the decarbonisation of transportation, you can guarantee that the technologies will emerge because tensions have risen to the surface, leading to another period of rapid change.